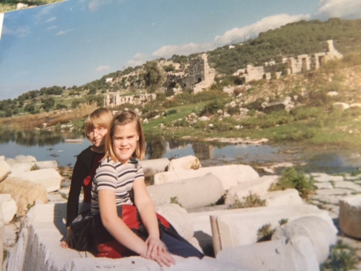 I suffer from an addiction to truth. So before my children were old enough to wonder, I told them there is no Santa Claus. “There was,” I assured them, “but he died over 1,500 years ago.”

Apparently, all cultural evidence to the contrary, they believed me. I know this because the first time one of the children was sent home from a neighbor’s house — not asked to leave at supper hour — was when she explained to her new friend that Santa was dead.

As I consoled Daughter No. 1 after her abbreviated playdate, I realized that popular culture would be a formidable foe to many truths, but this one in particular. So I ordered reinforcements in the form of a picture book. Though not good literature by any standard, the book briefly explained the early life and ministry of the man who became known as St. Nicholas.

And that, excepting yearly shocked comments and expressions from the relatives, was that.

I didn’t give my approach to Santa Claus much thought until five years later when I stood with a group of friends staring at a small green sign on a Turkish roadside. “Wherever we are is named in five languages!” one said. And we pulled out our guide books to identify somewhere called “Patara.”

We spent the morning romping over the abandoned rocks and fields of St. Nicholas’ birthplace. I think we could have happily stayed until nightfall, but our guidebooks promised more ahead. After an additional 40 miles of twisting coastal roads, we arrived in Myra.

Balancing on wooden planks perched on cinder blocks, we toured the church where St. Nicholas served as bishop. Between walls covered in 1,700-year-old frescos, anemic pumps battled standing water. I oscillated between watching the children (there were four at the time), marveling at the artwork, and fearing death by electrocution should one of the glorified shop lights fall from its beam.

We exited the church at twilight and took pictures of St. Nicholas’ statue, its base decorated with flags of the world in honor of the children in each country who believe in him.

And who wouldn’t? Legendary for his generosity and piety, Nicholas was a real person, who thought giving to those in need was an honorable way to spend his money. Thanks in part to the PR campaign of an American poet, he is responsible for many of our December traditions in anticipation of One who called Himself “The Truth.” That is more than enough to believe in, and plenty to celebrate.