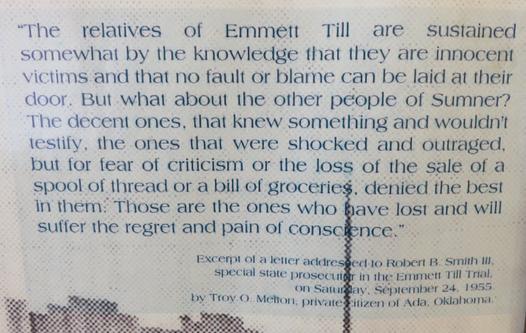 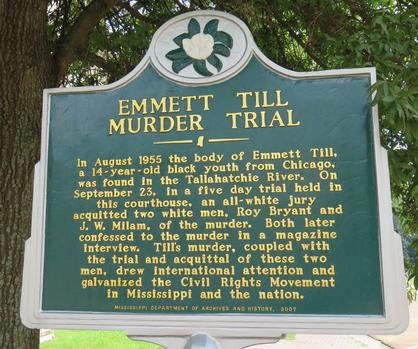 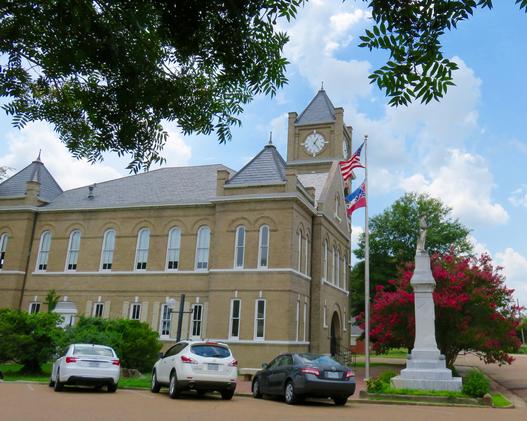 Recently, Jenny and I visited Money, Mississippi, where it looks like the devil reached up and pulled the dilapidated Bryant Grocery Store into hell, leaving nothing but vine-covered ruins.

We toured the Sumner Courthouse and saw a small historical marker about Emmett Till overshadowed by the giant statue of a Confederate soldier and the state flag of Mississippi, still glorifying the old slaveholding South.

We met Benjamin Saulsberry, our guide from the Emmett Till Interpretive Center, who assured us historical tourists cause no further offense in a county haunted by a murder committed over a half century ago.

My connection to the Emmett Till case dates back to first grade.

My teacher, Ruth Huie, shared views about race and social issues that were foreign to most white homes in the South. Mrs. Huie was married to author William Bradford Huie — nationally famous, but infamous in our town.

Mr. Huie’s most popular works were made into Hollywood movies, but his legacy is tied to a single article in Look magazine called “The Shocking Story of Approved Killing in Mississippi.”

The victim was the carefree Till, who in August 1955 waved goodbye to his mother and boarded a train in Chicago to visit his uncle and cousins in Mississippi.

Just days later, the boy — known for loving to pull pranks — crossed paths with a white woman who owned the Bryant Store with her husband. Till went in to buy bubble gum. On a dare from the older boys outside, he asked the woman for a date. Then, the story goes, he blew a wolf whistle.

Fearing there would be trouble, his Southern cousins quickly ushered Till to their car and took off for home.

A few nights later, the storekeeper’s husband and his half brother kidnapped young Till in the middle of the night. The boy remained missing until a fisherman on the Tallahatchie River discovered his badly beaten and shot body weighted down with a cotton-gin fan.

Anyone with any knowledge of Jim Crow justice knows the all-white jury found the brothers innocent. Some of the local merchants raised money for a defense manned by every lawyer in the county seat. Even the sheriff testified for the defendants, and had lunch with them every day during the trial.

After the acquittal, Mr. Huie paid the brothers a few thousands dollars to tell the story of how they kidnapped and murdered Till. A strange mixture of truth and fabrication by the murderers, the story shocked the nation. The Till case sparked the civil rights movement and ushered in the modern era of journalism.

Sixty years after Till’s death, I find myself in a university classroom teaching from a book in which Emmett Till is central. I served on a discussion panel at the local public library about the case last year. I visited the William Bradford Huie Library in my hometown and studied the author’s papers.

And on the way to a recent bicycle ride in the Mississippi Delta, I gazed up at the conflicting symbols that inhabit the geographical location of the crime and trial. I wondered why the kidnapping, torture and murder of a 14-year-old boy touches both my past and present, and moves me so deeply. I can’t add anything of significance to the case. Perhaps my purpose is simply to share Emmett Till’s story with a new generation and ask how, or if, the heart of Dixie has changed since 1955.

Listen to Bob Dylan's "The Death of Emmett Till." 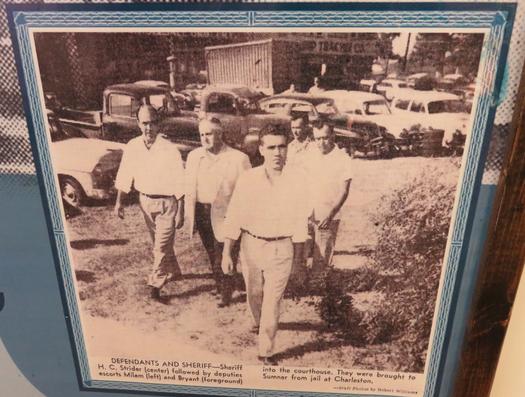 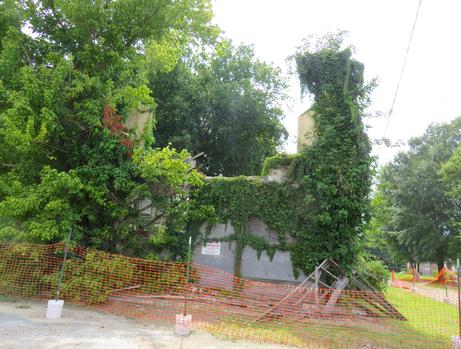 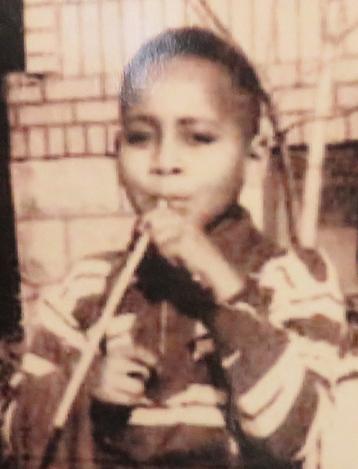