When the stirrings of puberty in Son No. 4 and the hot flashes of menopause in one and only mom began within six months of each other, the other inhabitants of our house ran for cover.

Testosterone poisoning manifested in Son No. 4 as a propensity to bait whichever female family member was nearest. Daughter No. 1, the official “Big Sister” of all time, was his victim of choice. But she was away at boarding school in Mobile, and I was in the kitchen.

Our breakfast room often resembled a war zone with two combatants. Daughter No. 2 and Scott hugged the perimeter, eyes wide while we exchanged fire.

Meanwhile, a mushroom cloud hovered over the subdivision.

After a few weeks of morning combat, I realized something had to change. I didn’t want a breakfast screamfest to be our memories of these high school years. So I searched my brain for something we could do peacefully together.

For physical activities we were ill-matched. He was already over 6 feet tall, with unending energy. I excelled in sitting in the recliner, effectively cutting my 5-foot frame in half.

Then the perfect outing struck me: once a week we would go to the movies. I floated the idea past him, much like a barrage balloon, and, miraculously, he agreed.

We chose shows by mutual interest, word of mouth reviews, and playing times. We decided we needed ones immediately after school. His thinking was to get this mom outing over as soon as possible. My thinking was to go during cheap matinees, eat the popcorn for dinner, and still make it back home for plenty of recliner time next to Scott.

In a year when hardly anything else worked between us, going to the movies was gold.

Our outings didn’t smooth every bump in our relationship. Since Son No. 4 excels in pothole construction, that’s never going to happen. But I was amazed at how much tension eased in the darkness of the movie theater and our shared laughs post viewing.

When Son No. 4 got a job that took up his afternoon hours, our movie outings ceased.

Things were never as volatile between us as in those pre-movie months, but eventually tension started mounting again. Then during a visit with John-from-Africa I moaned about dreading to get Son. No. 4 up for school the next day.

John, surrogate-father-in-chief to an orphanage full of teenage boys, raised a sardonic eyebrow and said, “Really? You get a 17-year-old up for school?”

I took the hint and our morning meetings ended entirely.

On the Fourth of July, Son No. 4 will no longer be a difficult teenager, or a teenager at all. If the pattern I learned with the other three boys holds true, I’ll see him less and less as he settles into adulthood.

But in a world where we never get forever with the people we love, I guard memories of the year of magical movies. The films ranged from forgettable to regrettable, but all were watched with the child I love. 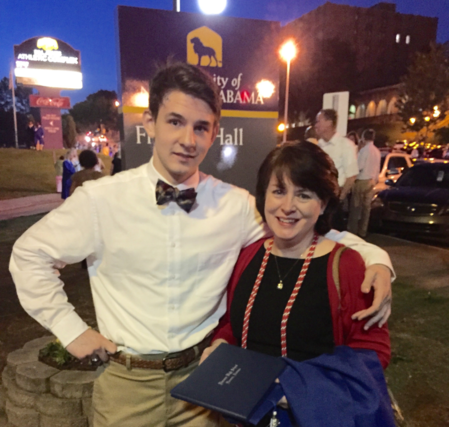