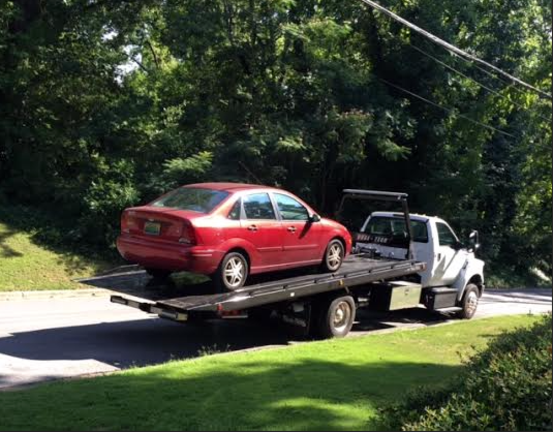 Of all the ways I figured our next vehicle would move on to the next life, my money was on a parking lot crash while Daughter No. 2 jockeyed for a better parking space at Hobby Lobby.

If past performance is any indicator of future actions, my bet would be safe, even if the car wasn’t.

When a car’s blue book value is less than half a semester’s tuition at our local college, it doesn’t take much to total it out. Come to think of it, fixing the results of the last aggressive parking maneuver cost us $100 more than the Focus is worth.

But who can put a price on the ability to say the words “Go buy the cat food yourself?”

When Daughter No. 2 heeded that command this week, her trip was short lived. So Scott activated dad-mode and went to work with the jumper cables.

The current crisis was one in a long line of vehicle problems that progressed from the aforementioned parking lot fender bender, through a totaled Chevrolet, a new Toyota water pump, a repaired Buick window cable, a replacement Focus alternator, and now this: a car’s death while in a slumber state, 30 feet from our side door.

Realizing that senior year — the last in a line of six — started in less than three weeks, I dug the Sunday classifieds out of the recycling bin in case I was in the market for another car. Then the Focus was carried off in style. (Have you noticed they don’t actually tow the vehicles anymore?)

The first estimate was staggering: $600 to diagnose how much damage was done when the timing belt slipped. “But the car wasn’t moving,” I walked around muttering, “How could anything slip?” After the exploratory charge, the cost might rise another thousand. I almost hyperventilated.

But then the morning after the mechanic called, Scott did a very brave thing, right in the middle of our kitchen. He turned to me as I left for work and said, “I think we should fix it.” He eyed me warily, as I stood with no immediate reaction.

Neither of us could have predicted the next words I’d say. In retrospect, I’d like to claim that after a night of spiritual contemplation, I had relinquished any hopes of earthly solvency. But I suspect that life, at least the part governed by automobiles, had beaten me with this latest round.

So I said the words every husband loves to hear. “Let’s do whatever you think best.”

And one day after that, he got to hear its corollary: “You were right,” when our honest mechanic replaced battery cables and a fuel filter, and charged us less than $80.