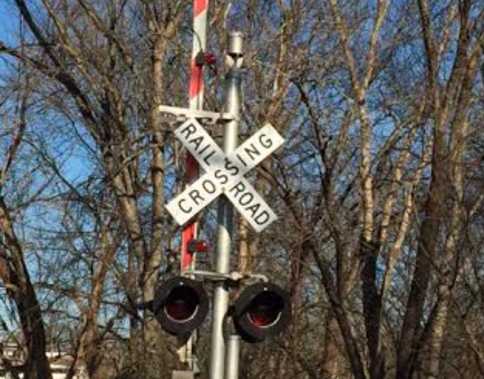 Ideology drives the train, I always tell students — whether it’s an individual’s or a nation’s. I have been assigned to teach American literature in the fall, and I keep encountering our myth of the rugged individual in preparing lectures.

The idea of not needing anyone is seductive. And many of us do ignore the social contract we ink at birth by accepting countless diaper changes and midnight feedings. Maybe I’m just older, but I suspect I’m more cynical, as I notice more and more people riding a train that leads to empty stations.

When Father’s Day rolled around after my first husband took a fast train as far from his children as he could get — metaphorically if not physically — one of the boys asked that Sunday morning, “Why don’t we get a new dad?”

I wanted to announce I would begin conducting interviews immediately. Apparently, “dad” to him wasn’t some biological forbear. But my first choice of spouse had been such an epic fail, I never planned to marry again.

Eventually, I did start conducting interviews — I mean talking to single men who approached me. But like some mid-level manager who’s been told to advertise a position, yet knows there are no real plans to hire, I tried to dispatch the applicants rather quickly.

On my first date with Scott, I volunteered the ages of the four children he knew I had, finishing up by stating the obvious: “I will have a child at home for the next 15 years.” (FYI, that estimate is looking a little conservative.) A few minutes later, I announced it was after 10, and he should take me home because I had little ones waiting. His startled expression gave me hope. “There,” I thought, “that should be that.”

We got married five months later. We would have shortened our engagement but I was under contract to a Gwinnett County school system until the last week in May.

And now there was a new dad in a new house. Of course, if blending a family were easy we wouldn’t describe it in terms of a kitchen appliance that cuts things to shreds before making them palatable. But blending a family is better than fracturing one. And having a man a little boy looks to for guidance and stability is worth countless cuts.

As Father’s Day approaches once again, I realize the world is full of promises waiting to be kept. Our insistence that the original maker keeps the promise, to echo our literary forbear Emerson, is a foolish consistency.