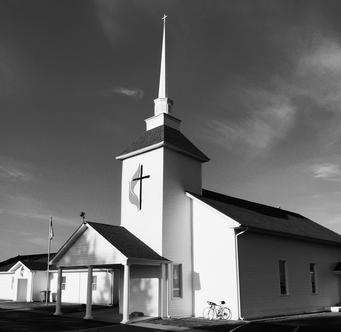 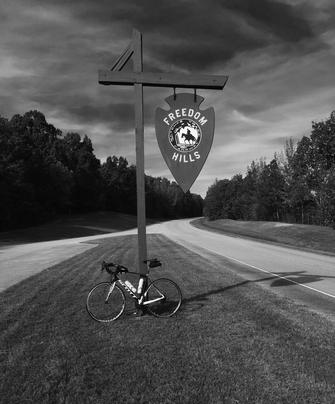 On cool days, the Anders hounds lay on the warm asphalt of Barkley Bridge Road, oblivious to the occasional car.

To a boy on a Sears and Roebuck single-speed bicycle, they were like orange safety cones to be negotiated on the way to my destination.

But immobile hounds were the least of my dog worries. For real, heart-pumping fear, nothing quite matched the Lee mongrels. They gave spirited chase, snarling, with teeth nipping at the heel.

If a boy survived all the dogs along the road, he reached the sweet refuge of a Sundrop and Moon Pie at Mr. Bud’s general store.

Mr. Bud’s wasn’t exactly a bastion of cultural sophistication, but it had its share of talented checker players, an icebox full of cold drinks and a healthy inventory of Liberty overalls. It provided escape from the isolation of rural life.

To reach this outpost, I depended upon my favorite vehicle of freedom, the lowly bicycle. Even today, it offers escape. It is a way to be in the place I love the most, the outdoors. It provides an ordeal of endurance on the worst days and a spiritual high on the best days.

When I am feeling especially boyish, I ride on the Natchez Trace Parkway to a place called Freedom Hills. The three-mile climb to the overlook reaffirms my belief in the laws of gravity and taxes my breathing. But I always love seeing the sign marking my arrival. And the trip back plays to my greatest athletic ability — coasting downhill.

One of the best things about riding the Trace is that it is a dog-free zone.

We bicycle riders fear dogs, not so much for their bite as their potential to cause a crash. Even the smallest wiener dog can get tangled in a wheel and cause injury, or worse.

Most riders have stories of collisions and near misses and confrontations with irresponsible dog owners.

I remember the rather large pit-bull that trotted toward me one day at Oden Ridge carrying a brick in his mouth.

“As long as he doesn’t drop that brick, we might be OK,” I told my riding partner.

On another occasion, a three-legged beagle caught me and bit my shoe. Among “friends,” this unfortunate incident earned me the reputation of being slower than a three-legged dog.

We riders have all kinds of strategies to deal with dogs. Some bicyclists simply squirt them in the face with a water bottle. Others blow a dog whistle. Some have electronic gizmos that make a noise audible only to canines. I know one rider who shoots dogs with a BB pistol.

After years of dog run-ins, I went a little overboard and ordered an entire case of pepper spray. Having been sprayed at least once, most of the dogs on my regular riding routes are trained. I can simply point a can of pepper spray at them and they retreat.

The road to freedom is filled with dogs of all shapes, sizes and demeanors. Some are Lee mongrels ready to bite the leg that flees them. Others are Anders hounds, content to let the world pedal by.