Escape to Canada on 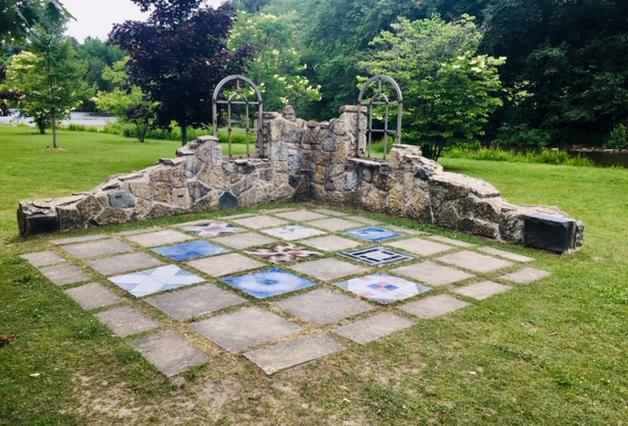 Since I returned home from Canada, a slightly different version of the same dream keeps spinning into my sleep.

I’m on a loaded touring bicycle in unfamiliar territory. The map is no help. I’ve forgotten where I’ve been and don’t know where I’m going. I just know I have to keep riding, keep pedaling toward whatever comes next.

The dream could simply be the product of 42 days of repetition on a 2,229-mile adventure from Mobile, Alabama, to Owen Sound, Ontario. But every morning, I replay the dream and wonder if it holds some greater meaning.

Most of the people I met along the way, and a lot of you who joined me by reading daily updates about the trip, asked about the meaning of the journey. Why did I take this trip on the Underground Railroad Bicycle Route? Was I riding for some cause? What did I take away from the experience?

C.S. Lewis said there is nothing about the raw materials of glass that would indicate the final product would be hard, brittle and transparent. I may have the materials at hand to make sense of the Underground Railroad bicycle tour, but whether I can create glass out of them is yet to be seen.

The first material is simple. I love self-propelled adventure involving a journey from Point A to Point B. In my younger years, I had an unfulfilled dream to hike the entire Appalachian Trail. The hikes I did take, though memorable, were much shorter. Later this passion to travel without assistance encompassed kayaking and cycling trips.

Because of work and family obligations, these adventures had to be brief. I did bike the entire Chief Ladiga Trail, Virginia Creeper Trail, New River Trail, Natchez Trace Parkway and Katy Trail. In the back of my mind, though, I wanted to go bigger. So, I joined Adventure Cycling Association and started studying the group’s national route system.

The second raw material was opportunity, born out of personal pain. This past year has been the most difficult year of my professional life. I fought the good fight. I stood up for college students who were sexually harassed and assaulted. I stood up for the First Amendment and the light it shines in the darkness. I endured injustice at the hands of people in power. And suddenly, I was set free. I wasted no time in relishing this newfound freedom. My employment ended on a Friday and I left for Mobile the next day.

But with so many riding options, why did an old white dude from the South choose the Underground Railroad, a 2,000-mile route that commemorates people who escaped from slavery? This is where the key raw material lies, tangled in my cultural underbrush.

It starts with my great-great-grandfather, Scott Morris, a Confederate cavalryman for whom I was named. Various family members gave me my namesake’s framed portrait, Bible and old bank ledger to form some sort of shrine to the old South. As a child, I felt an unspoken responsibility to honor a man who, in truth, was just another army private on the wrong side of history.

Eventually, life experiences and a keen interest in the civil rights movement led me to a long overdue realization. I had been indoctrinated into the culture of the Lost Cause. I held an incomplete view of my heritage. What kind of people were my ancestors? Was I celebrating a Southern myth by walking around with this name?

Like most people, I have a complicated family history. The first Scott Morris grew up next to and married into a family named Speegle who sent two sons to fight for the Yankees in Paducah, Kentucky. But my namesake, like his three older brothers, joined the rebel army.

Two of the first Scott Morris’ brothers were casualties of the fighting in Georgia, either through illness or battle. And according to a family letter, Scott’s father, John Jarman Morris, died of an apparent heart attack after learning one of these sons was near death. So, this family of Confederates lost three members in a matter of months. A younger brother was charged with murder immediately after the war. And the man we believe was the Alabama patriarch of this family, William “Red-headed Billy” Morris, had to flee to Mississippi after he was found guilty of adultery in a case that went to the Alabama State Supreme Court. All of this ruin compacted into such a short time period might elicit a degree of sympathy.

But there is more to the story.

The Morris family owned slaves. Not many. But how many does it take to define your humanity?

As I scoured court records and gathered family stories, I had a growing desire to know more about the people who were enslaved by my ancestors. What hardships did they suffer? What became of them? Were their descendants able to overcome the injustices of the South?

I have a poem supposedly composed and recited orally by one of the slaves, written down by a family member and eventually published locally. The poem describes an idyllic life on the farm followed by tragedy during the Civil War.

I have estate records that name six slaves who were still on the farm when the war ended. According to family stories, two other male slaves died on the property, one who drowned and another who was crushed by a boulder. There may have been others, as family legend has it that my great-great-great grandfather, John Jarman Morris, offered all the slaves their freedom at some point during the war, if they wanted to leave.

I have a copy of a family story printed in a newspaper that says John Jarman Morris bought a slave named Granville from a slave trader. After learning the trader had separated Granville from his wife, Morris went back and bought Ails to reunite her with Granville. This could have been an act of kindness, but it surely shackled Granville’s loyalty to his new owner.

The family lore seems designed to form one conclusion: My ancestors were good and benevolent Christians who treated their slaves like members of the family. This may or may not be true, but I don’t see any slaves listed as heirs in the estate. And how much goodness and benevolence does it require to offset the fact that you own other human beings?

When I set out for Canada on the Underground Railroad, I carried in my heart Granville, Ails, Edmond, Henry, Mary Lewis, Willis and the unnamed slaves who labored on my ancestors’ farm.

In Mobile, I passed the Old Plateau Cemetery, holding survivors of the Clotilda, the last slave ship to land in the United States. I skirted around the murky waters of the Mobile Delta and disappeared in the dense pine forests. I followed the Tombigbee River into Mississippi and inched my way northward toward the hills of Tennessee.

I moved in a gentle rain through the hushed fields and forests of Shiloh, forever stained by blood. I followed the North Star into Kentucky between three mighty rivers, and received aid from many kind strangers. I remembered the secret directions and warnings from hanging quilts: the flying geese, the sailboat, crossroads, drunkard’s path, monkey wrench, Dresden plate and log cabin.

I crossed the River Jordan into the Promised Land of Ohio. But I had to keep moving, always moving, deeper into northern Ohio, Pennsylvania, New York. I felt the cool spray of thundering waterfalls on the Niagara and passed between the deep blue waters of the Great Lakes.

I reached the final destination in Owen Sound at the Underground Railroad cairn, exhausted in body and soul. I ran my hands over this collection of rough stones that serve as a memorial to the 30,000 slaves who escaped to this land. I walked the footstones in the memorial and read the inscriptions they held:

“Steal away to Jesus, steal away home, I ain’t got long to stay here.”

“When Moses was in Egyptland, let my people go.”

“Swing low, sweet chariot, comin’ for to carry me home.”