Here’a map of where to launch and take out on Bluewater Creek. The take-out is on U.S. 72, just west of Rogersville and across the highway from Bluewater Creek Polo Club. Access is at the east end of the westbound bridge. To get to the put-in, get back on U.S. 72 West. After passing First Baptist Church of Center Star, turn right onto Lauderdale County 33, then take a left on Lauderdale 71. Cross the creek and turn right onto the first gravel road. Launch is on the right. 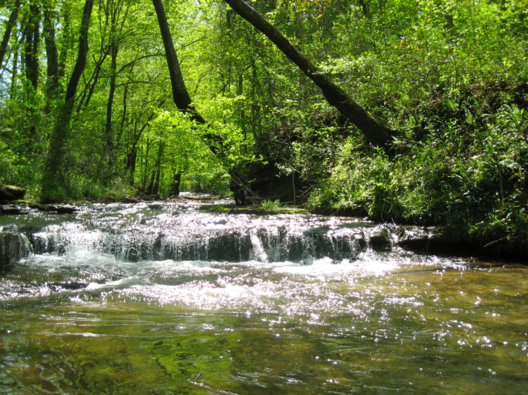 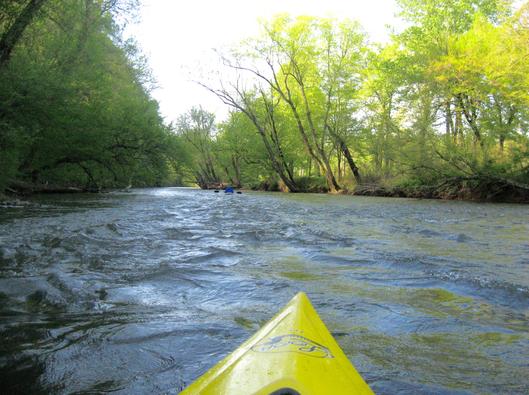 By Scott Morris
​
From the village of a wealthy Indian chief to the movements of the Civil War, a float down scenic Bluewater Creek is an adventure through the rich history of north Alabama.

A friend and I tried the creek a couple of years ago, and were pleasantly surprised by the fast-moving flow and fun, albeit tame, rapids. The history of the area is an added bonus of this small creek, which runs parallel with Elk River just west of Rogersville.

​I had seen YouTube videos of people fishing from canoes along Bluewater Creek at low water level and tried to find out more from locals without much luck. My barber, who fell and broke his leg while trying to get into a canoe on Bluewater, was the only person who could tell me anything about the creek. His only advice was to be careful getting into the kayak.

We launched early on a cool morning in mid-April at the bridge off Lauderdale County 71. The put-in was full of new green growth and colorful wildflowers. The action started soon and included a few nice waves, sharp turns and plenty of great scenery, featuring bluffs that jut up from the water. We spotted gray heron, kingfisher, mallards, coots, beavers and turtles along the way.

I ran into a guy while bicycling recently who told me he was kayaking down Bluewater one day when a deer careened off the bank and landed in the water about two feet from his kayak. He wasn’t sure who was more scared, him or the deer.

During the Civil War, Bluewater Creek was a busy place for traveling troops. In 2010, a couple of fishermen found an eight-pound, eight-inch artillery round from a Parrott rifle in the creek, according to TimesDaily. It was still a live round. So if you run the creek, try not to bump the bottom.

A historical marker near the takeout marks the site where, in about 1800, Chickamauga Cherokee Chief Doublehead located his village. The notorious Doublehead led raids against Tennessee settlers from Moneetown, southwest of here. In 1806, the government set aside a reserve for Doublehead between Elk River and Cypress Creek. He leased large tracts of land to white settlers, but the U.S. Army later evicted them. Enemies assassinated the wealthy chief on the Hiwassee River in 1807.

This bloody history of warring Indian chiefs and white settlers, Confederates and Yanks seems impossible on a bright spring morning while floating down peaceful Bluewater Creek. 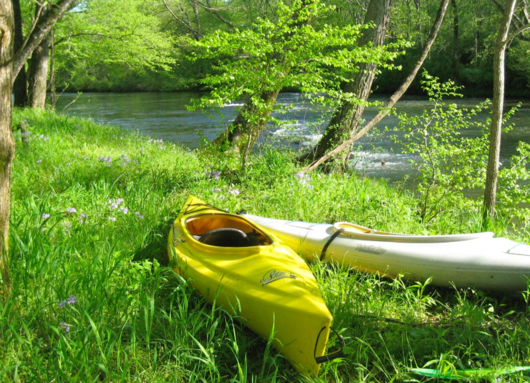