Florida alligators have been in the news a lot lately for their bad habit of eating people.

Though some of the incidents involve poor judgment by people, they are all tragic. I’m just glad I’m not among the victims.

While we were visiting relatives in Miami, Jenny’s cousin Paul convinced me it would be a good idea to go bicycle riding through the Everglades.

With nothing for protection but a flashlight.

His logic was that we would see many more giant gators up close in the dark.

At first, I thought he was joking. Or he had been drinking. Or maybe this was the Florida version of snipe hunting, where the locals take some poor sucker into the wilderness and abandon him.

Now, don’t get me wrong. I’m always up for a good adventure, and can entertain a certain level of danger. But, somehow, pedaling within inches of an alligator-infested swamp — in the dark — didn’t seem very smart.

Cousin Paul assured me that alligators, which can grow to 15 feet and weigh 1,000 pounds, are more afraid of us than we are of them.

We had already ridden the route on the Shark Valley Trail during the day with our kids. We saw plenty of alligators, but most were in the water and at a safe distance.

So, Cousin Paul persuaded me to return with him after dark.

As we detoured around the closed U.S. park service entrance, I pondered the potential headlines. As a newspaperman, I knew the choices were not good:

I also recalled what Grandma Morris used to say anytime an American was killed in a foreign country. “They didn’t have no business being over there in the first place.”

Shark Valley at night isn’t like Shark Valley by day. Alarmingly, at night the alligators come out of the water and lie on the bicycle trail. They look like jet-black armored silhouettes with shiny eyes.

To the alligators, we probably looked like meals on wheels.

When Cousin Paul offered to go first, I was suspicious. When you’re on a bicycle and dogs chase, they tend to go for the last rider. I wondered if the same applies to ancient reptiles.

But then I realized Cousin Paul had a powerful spotlight. Every time he saw a gator on the trail, he stopped and shined the light on it so I could see to go around all those teeth and tails. 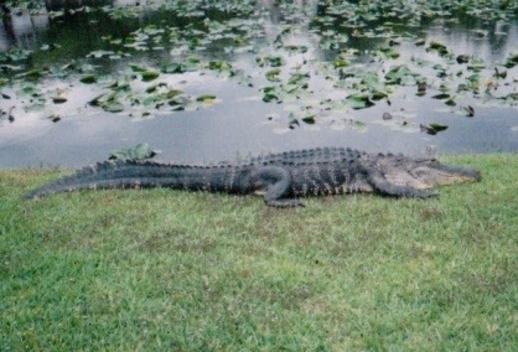 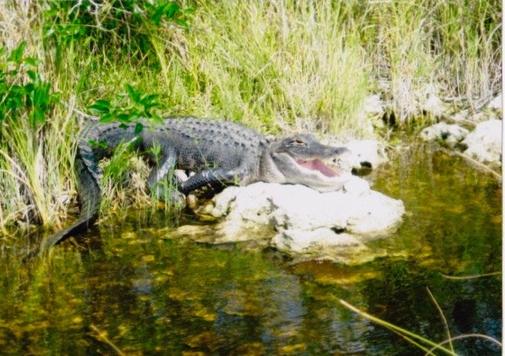 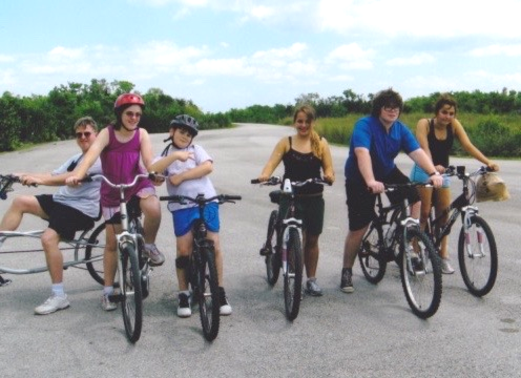