Phil Dundas at Meriwether Lewis Campground. Below, the Natchez Trace Parkway is alive with spring colors. 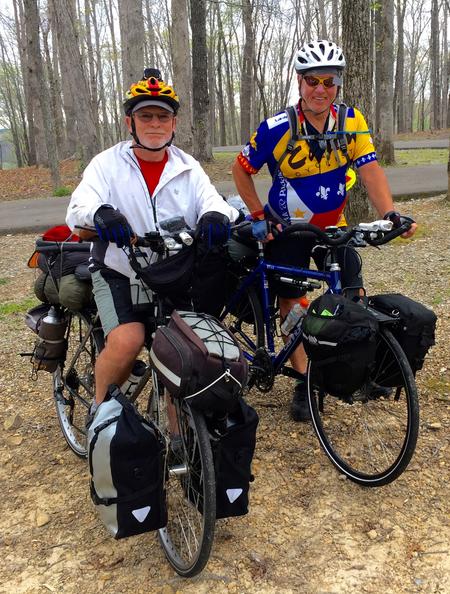 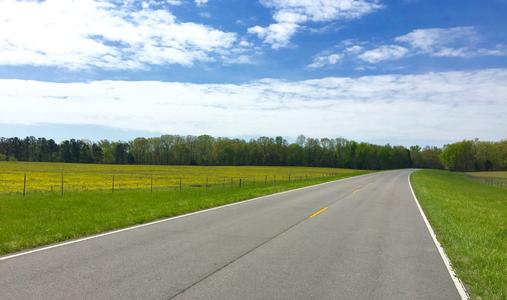 When it comes to adventure, bicycle tourists are not exactly Lewis and Clark.

But the spirit of our nation’s most celebrated expedition carries on along the Natchez Trace Parkway when a fully loaded bicycle glides past the ivory blooms of wild dogwoods.

I set out recently to experience a hundred miles of that spirit on a two-day trip. Rather than solitude on the open road, however, I made three new friends whose definition of adventure far exceeds my own.

My plan was simple and inexpensive. I installed slick road tires on my old mountain bike and attached a rear cargo rack, purchased for $13 at the local Sears going-out-of-business sale. I packed as light as possible, with a one-man tent, an inflatable sleeping pad, a thin blanket, a half loaf of French bread, peanut butter and four energy bars. A fine collection of bungee cords completed the Beverly Hillbillies appearance of my makeshift touring machine.

From Alabama, I pedaled north toward Meriwether Lewis Campground at Hohenwald, Tennessee.

It didn’t take long to realize that moving a loaded mountain bike across the hilly terrain would be tough and slow. I settled into a steady rhythm, and relied on low gearing and perseverance.

Soon, I met up with another northbound cyclist, who had started in Baton Rouge, Louisiana, and was averaging 100 miles a day.

Phil Dundas, a native of Australia and now resident of New York, has seen the world from the leather saddle of his touring bicycle. He was kind enough to slow to my pace and share a fine spring afternoon as our wheels spun toward the same overnight destination.

Phil’s stories of adventures in Central America, Europe and Central Asia helped me forget about aching calves and hamstrings. We stopped for water and snacks at the Hasti-Mart in Collinwood, where we ran into Dave Tullier and Pat Meaux. These tough senior citizens were riding about 85 miles a day toward the northern terminus of the Trace near Nashville.

As the sun sank low, Phil and I coaxed our beasts of burdens up the final hill to the campground and pitched our tents. Dave and Pat arrived later to claim the adjacent campsite.

We ate dinner and talked of bicycles and gear, of adventures, of jobs, of wives and children, and children to be.

Bedtime arrives early on a bicycle tour. We said our goodnights and retired to the extra-firm sleeping accommodations that await tent campers.

We dozed off to sleep to the mournful cry of a whippoorwill in the same woods where the senior officer of the Lewis and Clark Expedition died in 1809. It was just three years after his 8,000-mile journey through the west. Lewis — 35 and serving as governor of the Louisiana Territory — was shot twice on an October night while staying at Grinder’s Inn. Most historians believe he killed himself, although theories persist that he was murdered, or assassinated.

More than 200 years after his death, we awoke to a new day. We ate breakfast, packed up and pedaled out of the campground.

Pat was cycling on to Alaska. Dave had a rental car waiting at Franklin, Tennessee, to take him back to Louisiana. Phil was debating whether to ride another 340 miles to St. Louis, or board a plane in Nashville and fly home. I headed back south toward Alabama, motivated by the prospects of a hot shower and a luxurious mattress.

We left Meriwether Lewis behind. But his ghost rode on beside us. 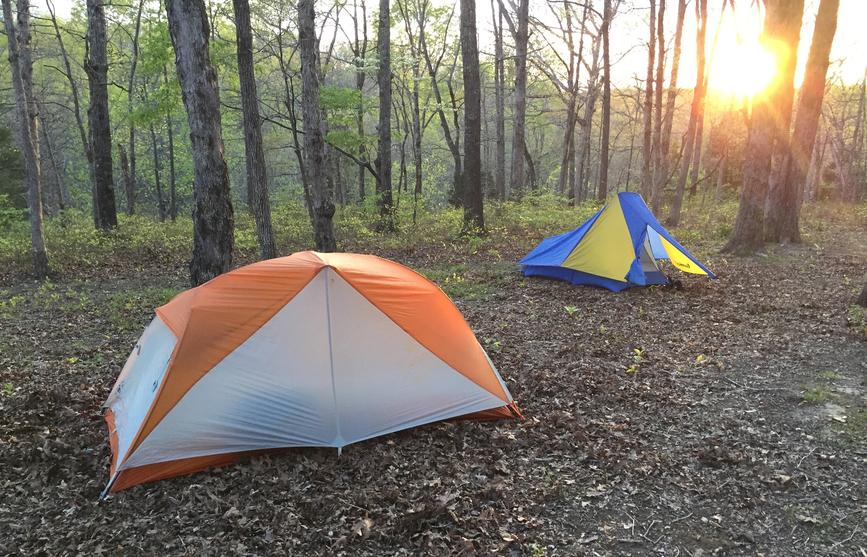 Our sleeping accommodations await as the sun sets over the campground off the Natchez Trace at Hohenwald, Tenn. 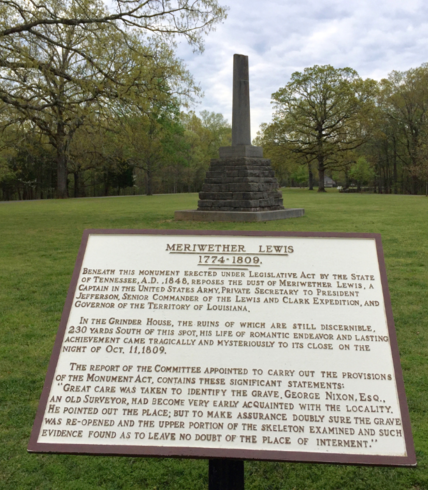 My makeshift touring rig made with a mountain bike, $13 rack, kayaking dry bag, handlebar-mounted daypack and plenty of bungee cords. 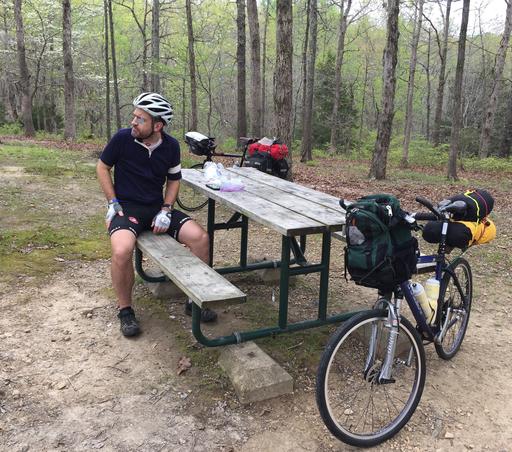 Dave Tullier and Pat Meaux are ready to get back on the Natchez Trace Parkway. The gravesite of Meriwether Lewis, senior officer of the Lewis and Clark Expedition. 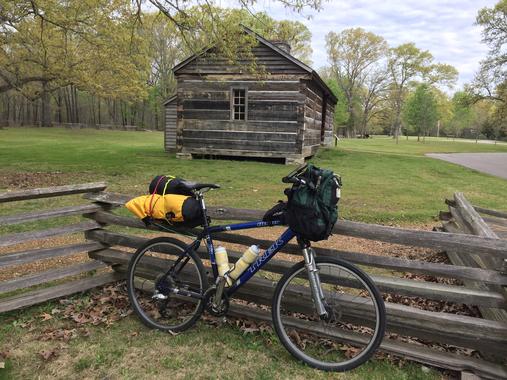