Scott knew I had four children before he ever asked me out. In fact, during one of those gag-inducing stories in which we relive our courtship (the children’s adjective for our reminiscences), he admitted that his sister had suggested he take me out months before our first date. His response: “I’m not asking that woman out. She has four children.”

Of course, as he was the most eligible bachelor (read only single man under 65) that I came in contact with in Alabama on my long weekends, I had stated my intentions as well. Surveying the current shambles of my life, I told my sister something like, “I may date again. But I am never going out with Scott Morris.”

As we all know, never is a date on the cosmic calendar, and within a year of us each making our pronouncements, we were married. (Sometimes God disposes that man propose.)

I quit my job, moved from Atlanta, and Scott faced providing for five more people. Our first purchase, after $384 of groceries, was a canoe to augment Scott’s existing fleet. Isn’t that what all newlyweds with six children buy?

And so we went canoeing. Within 20 minutes of our first put-in, two of the six children were scrambling from under their canoe, with Son No. 4 holding on underneath, keeping his face in the air pocket. As the flotsam of an afternoon’s outing fanned out over the water, Scott yelled instructions to experienced waterman Son No. 1 and my two novice additions.

Or rather, Scott yelled an instruction. Singular. For the first time in a crisis situation, Daughter No. 1 didn’t hear, “Take care of your brother!” Son No. 4 wasn’t told to stay calm, and no one was urged to save the lunch — my guess for teenage Son No. 1’s first interest.

I didn’t get it then, but now I understand. Over the years, I’ve made plenty of desperate grabs.  At times, I clung to tradition, a belief in the way we’d always done things. For a petite woman from the South that often meant letting others tell me what to do and when to do it. Or I made decisions based on family loyalty, expecting loyalty in return. Time after time, I returned to education to get from where I was to where I wanted to be.

But only one paddle has kept me from drifting into whatever stagnant pool culture could easily cast me.

The Apostle Paul said our bodies are tents, trying once again to make his readers understand that how we live now is temporary. Many times, it seems, my tent is in a boat, buffeted by the winds and currents of the circumstances around me.  Without my sure conviction that what is unseen will outlast all I see, I would rest next to the equivalent of an abandoned sock in some Alabama creek.

As Scott told me on that sunny afternoon over a decade ago, after the human cargo, a paddle is the most important thing in the boat. I’ve come to agree. Without the paddle I’m at the mercy of a mindless current that will never take me where I want to be. 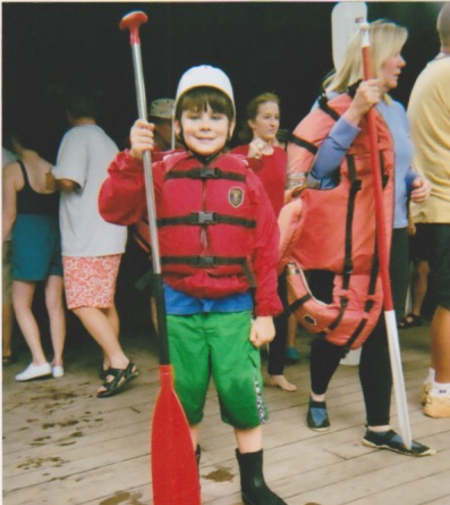 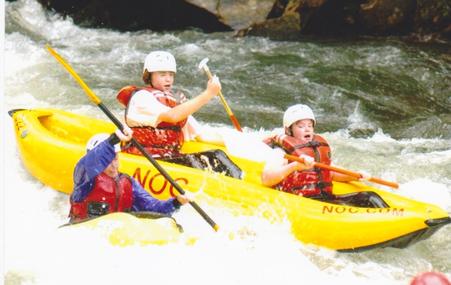 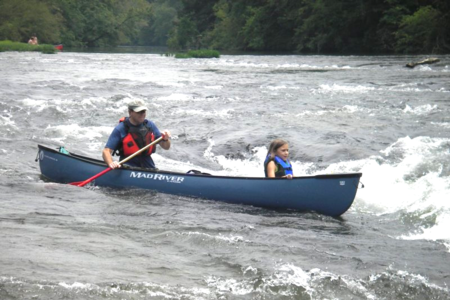