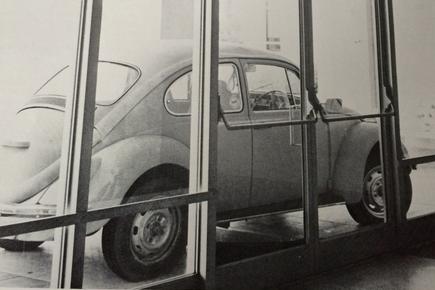 Campus police at the University of Mobile had a real conundrum on their hands.

How did an old Volkswagen Beetle get wedged sideways against the front doors of the administration building, barring entrance to students, staff and faculty?

Was the owner some kind of driving Houdini who could motor up the stairs and parallel park with pinpoint precision? Or was there a more devious explanation, one involving a band of midnight mischief-makers?

I can’t be sure what happened because I spent all of my nights studying in the library to become the best student possible. As a serious-minded scholar, I found the entire Beetle Incident of 1980 to be an unnecessary distraction to the pursuit of higher learning. But I heard people talk about it.

I’m told the Beetle invasion began as a crime of opportunity.

The car, belonging to a student, broke down in front of the building the night before. While roaming the campus, a group of pranksters supposedly came across the car and decided they would test the laws of physics.

A VW of this vintage weighs in at about 1,850 pounds, too heavy for one brute to carry up the steps. This would take a collaboration of like-minded souls determined to work together for the greater amusement of mankind.

And so, like the ancients who built the great pyramids and undertook other monumental feats, these young men went about the task of making their mark on history.

Looking upon their great accomplishment with a sense of pride and satisfaction, they at last escaped into the cover of night.

As for me, I was studying in the library.