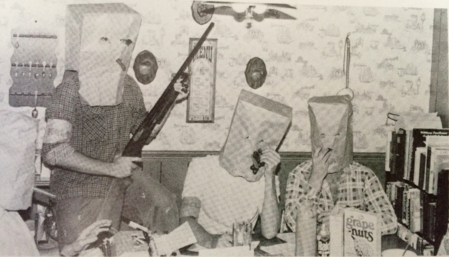 Hopefully the statue of limitations has expired on the things I might or might not have done in college.

Among those things is an alleged association with an underground newspaper. The purveyors of this dubious publication had a bad habit of embracing their First Amendment rights without regard to whom they offended.

This being the South, most folks are better acquainted with the Second Amendment than the First.

But people in certain philosophical circles hold the strange belief that the First Amendment is almost — almost — as important as the right to bear arms.

Sadly, a recent survey shows that 33 percent of Americans don’t know the five freedoms guaranteed in the First Amendment. In case you slept through high school civics, here is a review:

5.     Freedom to petition the government

But if you like to worship, or not worship, as you feel led, then the First Amendment is your friend.

If you like to trash President Obama, or any other politician, without having your head lopped off, then the First Amendment is on your side.

If you don’t always trust the news media, but believe it’s better than reading press releases from a brutal emperor, you can thank the First Amendment.

If you like assembling at the annual Labor Day picnic, you can toast the First Amendment.

And if you need to gripe at the city council about the potholes in your street, you can salute the First Amendment.

The document has been an important part of my professional life, but I wasn’t aware of it back when I might or might not have been associated with a certain underground newspaper.

In some sort of weird circle, life has taken me back to my roots in college media. This time, however, I am working with legitimate student journalists who actually know and practice their First Amendment freedoms with great courage. Even as their adviser, I am not allowed to censor them. It’s the law. And it’s a good law.