After a summer of dreaming out loud about trips to the cool temperatures of the Upper Peninsula of Michigan for sea kayaking on the Great Lakes, we headed for Greenwood, Mississippi, for the Bikes, Blues and Bayous ride on the Money Road.

As common before participating in any hazardous activity, Scott was warned numerous times about the folly of his goal: 100 kilometers in the Delta heat. The last words of caution came through Daughter No. 2 who was visiting friends after we left town. The message she relayed from cycling buddy Wayne when he learned we had headed for Mississippi was “you’re crazy.”

I can’t attest to Scott’s mental status before the ride, although as always he exhibited strange behaviors. But I can say he was definitely addled afterwards.

In fact, Scott’s still a little incoherent, but here’s what happened Saturday, the best I can piece it together.

At 6:40 a.m., the temperature already climbing, we left the Best Western in Greenwood for the closest we could get to the starting line. With 947 riders getting ready to start, downtown was packed. I dropped Scott off near a Confederate Cemetery that already contained the remains of at least one Alabama boy. In retrospect, it seemed almost prophetic.

What happened next, of this much I’m sure:

I went back to the motel.

About 9:17, I fended off queries from the housekeeping staff as to why I hadn’t brought my bike. (I figure some things are self-evident.)

At 9:30, I started my second spaghetti western on the TV. In flipping channels I noted the Weather Channel’s advisory that temperatures in the 90s would feel like the 100s as the day continued.

Around 10:37, I put on a sweater to combat the AC-induced cold in the room. Wondered briefly how Scott was holding up. Poured myself a Diet Coke.

At 11:54, as I finished off my second Diet Coke, my phone rang. Assaulted by obscenely heavy breathing on the other end of the call, my first response was to yell, “Find Jesus!” and hang up. But then something seemed familiar about the gasping breaths, and I made out the words, “I’m ... finished ... .”

In a tremendous display of sympathy for Scott’s obvious suffering, I laughed and said, “I’ll be there in a minute.”

Ten minutes later, I found him on the roadside, near where I’d left him. When he could speak, Scott began a wild tale of welcome banners in Itta Bena that bore his name, homemade cookies hand delivered by singing Delta women and ice-cold Cokes free for the begging. Over and over again, he told of kind-hearted people inquiring as to his health. Apparently people at every rest stop wanted to make sure he was “OK.”

Is he? Give him a few more days to recuperate and we’ll see. 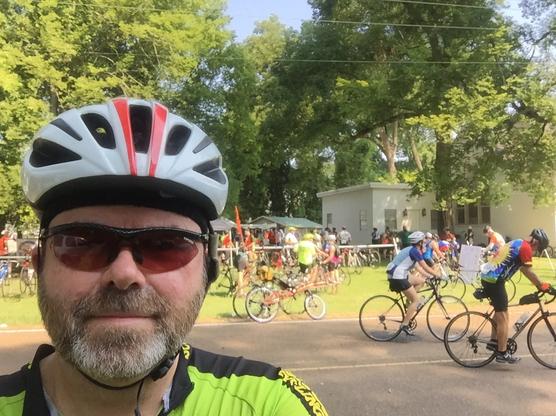 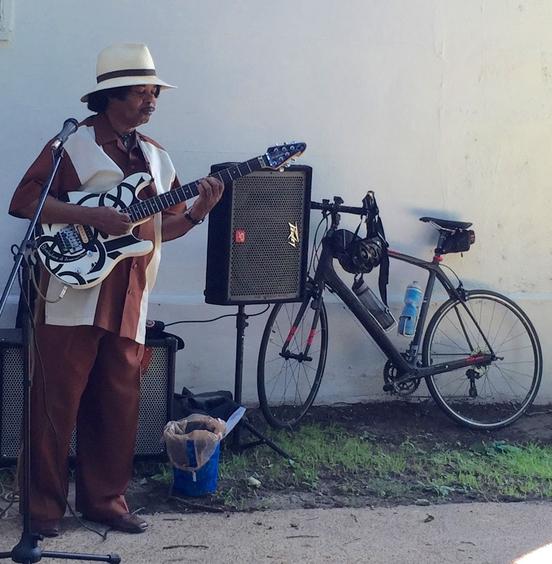