Lions can roar louder than a gas-powered lawn mower, which explains the noise I hear occasionally from my office.

Leo III and Una, the live lion mascots for the University of North Alabama, live just outside the building where I work.

No matter how many times I hear the lions, the noise always makes me stop.

According to the scientific journal, PLOS ONE, the vocal cords of lions are different from most species of animals because they are flat and square. In most animals, the vocal cords are triangular, which makes them protrude into the airway. The unobstructed design of a lion’s airway lets the big cat roar louder with less effort.

The roar can register up to 114 decibels.

It’s cool having live lions so close by in their 12,764-square-foot habitat. Leo III and Una are carrying on a tradition that spans more than 40 years at UNA.

In 2012, totalprosports.com ranked Leo III and UNA No. 1 of the 25 Best Real Animal Mascots in College Football. UNA, a Division II university, was the only non-Division I institution to make the list, according to una.edu.

If you’re ever in Florence, Alabama, drop by and see Leo III and Una. They are visible seven days a week from about 8 a.m. to 5 p.m., weather permitting.

If you’re lucky, you might get to hear them roar. 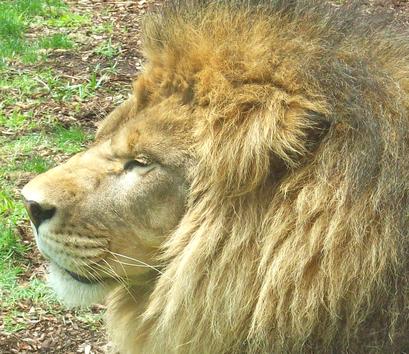 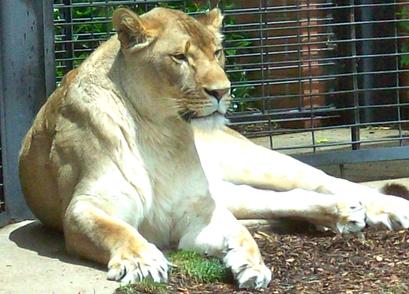