For several weeks, I’ve listened to reports on BBC radio of refugees demanding passage to Germany.

Since the Syrian crisis began, Germany has taken in 580,000 asylum seekers. How many more can — and should — Germany take? Chancellor Angela Merkel continues to advocate her open-door policy in the face of national opposition. According to the BBC, there have been 500 attacks on refugee residences this year — three times as many as in 2014. The culprits? Ordinary German citizens. Two-thirds of the suspects arrested have no priors.

All over Europe, citizens have voiced fear, anger and dismay at the prospect of so many needing homes. Hungary, the first country en route with a rail line to Germany, is tired of being a glorified pit stop. Germany fears ethnic infusions and a drain on its economy. And Turkey is fed up with European countries whining about what they do and don’t want. If geography is a country’s destiny, Turkey is destined to be the first soil to feel every fleeing Syrian’s footstep.

I’ve been a stranger in more than one strange land. At one time, I had a short list of what I wanted to lie down in peace each night: a pillow (bed optional) and cover (even if just a beach towel), a light to read by, clean water to drink when I woke, and a bathroom.

In the face of what many of these refugees are enduring, my list contains several luxuries. So from a moral standpoint, what do we as the collective non-suffering world owe them? If it is within our power, we owe fellow human beings safety from harm, sustenance and shelter — in that order. And when we can go beyond those, it is in our best interests to do so.

However, day after day, I have shaken my head at the refugees’ demands. One man waiting for a boat to Greece said he wanted to get to Germany to use his education. Another talked about moving on from the relative safety of Turkey because Turkish was too hard to learn and his family wanted better economic prospects. In several interviews, the people spoke in terms of opportunities they were running toward, not ravages of war they were leaving behind. Safety wasn’t enough. They wanted to upgrade through this crisis.

Perhaps BBC reporters gravitated toward English-speaking refugees who had higher aspirations than the average person, but I found myself thinking: When hundreds of thousands of people flee death and destruction, that is a group of refugees. When hundreds of thousands of people rush a border demanding a share of a country’s resources, that is an invasion.

We are not obligated to provide a higher standard of living, a venue of self-expression, or an opportunity to reach one’s full potential to people experiencing the death of personal worlds. The long accounts of history chronicle desperate improvisations by people caught in the crossfire of power struggles. Refugees finding safety, sustenance and shelter should say “Thank you,” and begin contributing to the countries that take them in, many of which need an influx of young workers and families.

But back to Germany itself, and the question I began with. For those Syrian refugees who reach Germany, how many of them should Germany take in? That answer seems obvious: 6 million. 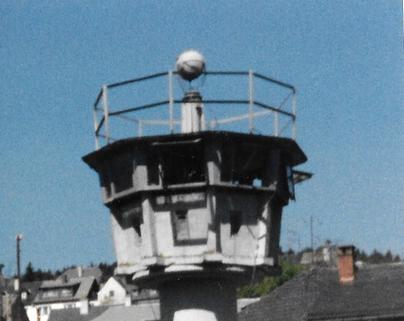 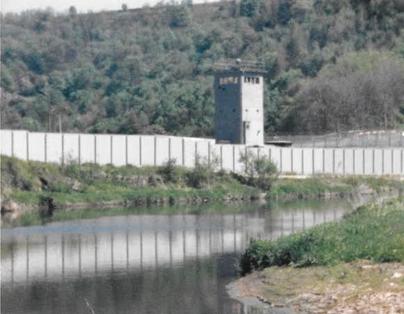 The wall between East and West Germany in 1989. I lived in Baumholder at the time.