One Sunday morning I was tired of griping at God about my own problems, so I started to think about Joseph, the interpreter of dreams. I thought about all the years he spent in prison, perhaps a decade, waiting until God released him to save Egypt. Why did Joseph have to stay in prison so long? A decade seemed excessive even to learn patience — the VBS answer I usually get.

Then Divine Revelation and my degree in linguistics kicked in and I realized the answer. Joseph had to stay in prison to learn Egyptian. My deeply spiritual response was “What!?!” So I opened my Bible to investigate.

Joseph was 17 when his brothers sold him into slavery. He was 30 when placed second in command of Egypt.

Though the text never says Joseph had to learn Egyptian, Genesis gives no indication that Joseph’s family spoke Egyptian. Nor does it record a miraculous language learning experience a la Balaam and the Ass or Pentecost. When Joseph’s older brothers came to Egypt, Joseph spoke to them through an interpreter. If his older brothers did not know Egyptian when they arrived, Joseph probably would not have already known Egyptian either.

So to speak Egyptian, Joseph had to learn Egyptian. In Potiphar’s household Joseph’s responsibilities and language proficiency probably grew together. Speaking from my experience of living overseas, if two people are familiar with a task, not sharing a language is of minor concern.

But Joseph wasn’t destined to stay in charge of one household. He was chosen to run a country. So Joseph had to learn Egyptian. But why in prison, and why did it take so many years?

According to the critical age hypothesis, anyone older than 15 will have a difficult time learning another language fluently. Also, without a compelling reason to master another language, few people who first encounter the language outside of childhood bother to do so.

But Joseph had boredom on his side. Doing time, he had time. Day after day, multiple speakers presented varied and unending versions of Egyptian. And Joseph learned to talk to them. While he was learning patience, he was also learning Egyptian.

Years later, when he revealed his identity to his brothers, he dismissed the interpreter and reverted to Hebrew. Then they could recognize him, even though he was second in command of Egypt. He told them: “Do not grieve” over what you did to me. After his father Jacob’s death, he repeated the same sentiment, assuring them that he intended no retribution for their actions. “You meant it for evil,” he said, “but God meant it for good.”

Like the person who has a “friend” with a problem, I put Joseph’s name on my question. Why does the same extended trial keep coming into my life? When people tell me that they would never be in my position, sometimes I laugh, because this part of my life wasn’t in my plan either.

I don’t know what I’m learning while my life is repeatedly turned upside down. But the next time I feel like I’m waiting out a sentence, suffering the consequences of evil people’s actions or someone else’s decisions, I’ll try to remember: I might be learning Egyptian. 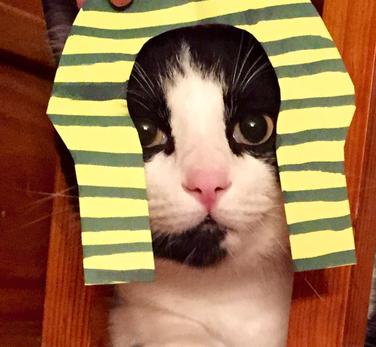