​Life outside the box

It’s odd that we export materialism as a celebration of Advent. In worship of one God we send trinkets of another, packed in a shoebox.


But we can only communicate in the languages we understand, and most Americans speak materialism pretty well.

It seems the CEO of Samaritan’s Purse, the organization that sponsors Christmas shoeboxes, could be rather fluent in it, too. We don’t know what he’s spending his salary on, but surely he is buying something with all that money.

Franklin Graham’s combined compensation packages from his charity work and heading up his father’s evangelical association were recently reported as $880,000 a year.

Does he deserve it? Is he spending it wisely? Is he trading off his father’s/Father’s name?

Although I have packed my share of Christmas shoe boxes, I don’t think of Franklin Graham that often, if at all.

But occasionally, I think of Scott’s friend John.

Shortly after college, John moved to Africa. At first a member of a group of people from an international organization, he broke with them in part because they provided two standards of living conditions: one for aid workers and one for orphan boys in their care.

When I see pictures of Kedesh and the boys who take sanctuary there, I want to send them things.

Through lean years and fat, John keeps giving the boys the one life he has, and for John at least, the one thing that can’t be bought.

So when I think of overseas missions, I don’t waste much time worrying over exorbitant CEO packages or poor children without toys. I think of John and the years he’s spent walking across the dirt floors of Kedesh. 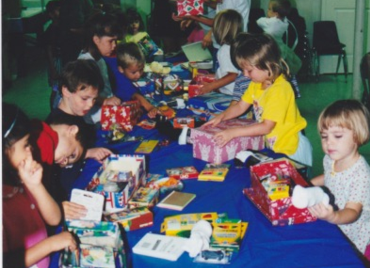 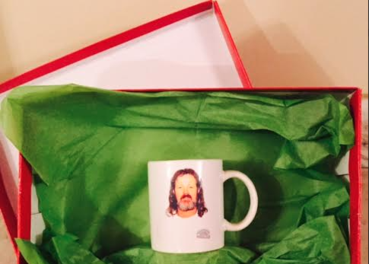