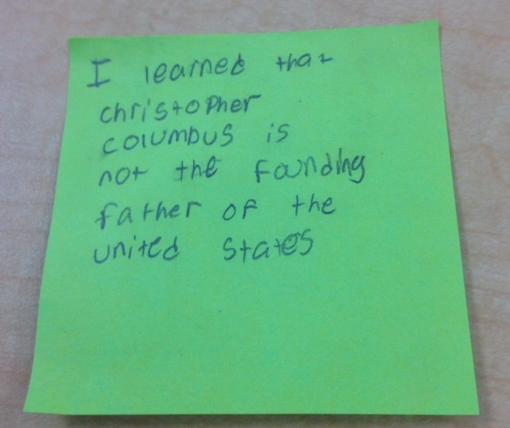 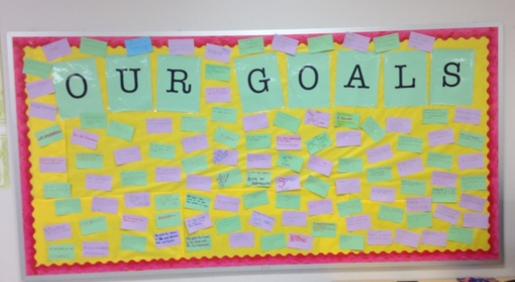 A child with a job

I have colleagues who dream of hearing the first (or next) grandchild is on the way. And I’ll admit those are exciting words to hear, since we have one beautiful granddaughter and another grandchild on the way.

But, we have also heard other exciting words from five of our six children. (We’re still waiting on Daughter No. 2)

Yes, “I got a job” sends a parent’s heart throbbing. And even better is when one of them loves the job.

After a rocky first year with Teach for America where Daughter No. 1 was held captive by 28 Guatemalan, Spanish-speaking kindergarteners, she’s transitioned to the front of an eighth-grade history class. Recently she sent us an update on her brave new year.

Reading her letter, I found myself thinking she’s the kind of teacher I wish all children had, and the kind I wish our culture could affirm and keep in the classroom. But enough of my words; here are hers:

“I dream about my students and they are the first thing I think about in the morning,” she wrote. And after commenting that she’s learned many students suffer from undiagnosed mental illness, she continued, “Yep, it’s a circus and I’m the Ringmaster.”

Then she went on: “But I have some wonderful students. I think about Briza and Jennifer (I have three of those — eek!) teaching me Spanish pronunciation: they implied mine wasn't too bad for a white girl. I think about Jevon, who was so excited when he earned enough points for a positive phone call home. I left a voicemail for his dad, and Jevon was beaming. ‘I'm going to get a high five when I get home,’ he said.

“Then there's Mamadou and Rokia, who take assessments individually. I read the questions and they answer them orally. They hardly know any English, but they're trying so hard. I use some French with them, and I'm looking for short French texts about what we're reading to give to them.

“Ariyana can be a trouble-maker but she is the smartest kid in class (well, tied with Mohamed), and ever since she's been taking assessments and given the chance to do school work that is hard for her, I haven't had a problem with her. Eber can't quit smiling about making a perfect score on his quiz. Josue (the brother of one of my students from last year) and Darwin are quiet and smart. Better than that, they work so hard. Josue is precious. When he speaks to me, I can tell he's carefully selecting every word. He was older when he came to the U.S. and will probably never lose the accent, but he's worked so hard at learning English that his written work is beautiful.

“Kenneth is smart and likes to stir up trouble. On Thursday, he got another student yelling about something without me even noticing he'd started it. When I pulled him aside to talk to him, I found out he's an only child. ‘That's the problem!’ I said. ‘You don't have anyone to pick on at home.’ He nodded a bit and wouldn't look me in the eye. Lunch detention and he wasn't a problem Friday.”

As Daughter No. 1 helps her students, many of them first generation, assimilate to American culture, they help her assimilate to the classroom. I can’t help hoping, sometimes, that’s where she’ll stay.