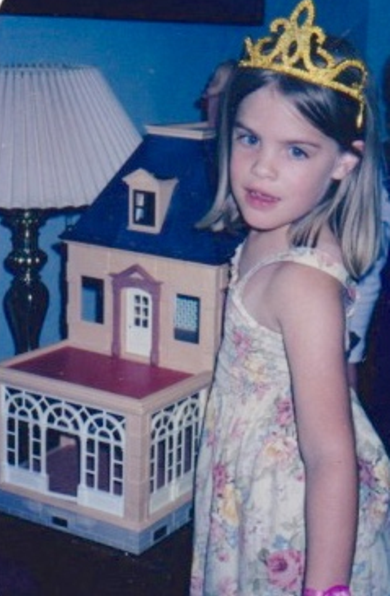 Sometime before I started first gade, my siblings and I were given a box of dollhouse furniture. With it, we could furnish three houses — except we didn’t have even one.

We improvised by constructing houses without walls created by books laid side by side. Domino stairs connected 400-page novels with 32-page picture books.

This open-air construction had many advantages, including the ability to quickly expand should my brother and sister forfeit their share of the toys.

But I wanted a house — like the one I found at school. Made of metal, with painted floors, it sat empty on a row of shelves under the window.

First grade must have been a kinder, gentler place in 1970 than the controlled chaos Daughter No. 1 tells us her bi-lingual Teach for America classroom can be today. I remember many quiet moments when I had nothing more to do than stand and long for that house. If only I could take it home, or bring my furniture to school.

But the house was as empty the day I finished first grade as the day I started.

One afternoon years later, I took all the furniture out of its Tupperware bin. I built my wall-less house on the piano bench in our living room, performing some ritual of childhood passing. I knew I would never play with the furniture again. I was through with wishing for dollhouses.

I would have years to learn differently.

I’ve lost track of the number of dollhouses I eventually bought for our two daughters. The last one, and the only one to survive the unending moves, is waiting in the basement for Granddaughter No. 1. Three stories high, it has a staircase, multiple outbuildings, a caretaker’s cottage, a private zoo, excessive furnishings and occupants — something I had for neither the furniture at home nor the house at school.

I think the children liked it when I brought it home. Honestly, I don’t remember their reactions, probably because this house I never played with, just like all the others before it, was actually for me.

This entire toy estate purchased over the course of three years was so over the top that the whole experience demanded my attention. Looking at the house and grounds, I realized I’d spent years trying to fill the longings of a child who no longer existed, as if her shouts of joy could pierce time to reach my ears. So I chose to start paying attention to the children in front of me and to move on from the one I used to be. But facing Feb. 2, I wonder, how many other self-directed amateur productions of “Groundhog Day” have I starred in? Which ones am I starring in now?