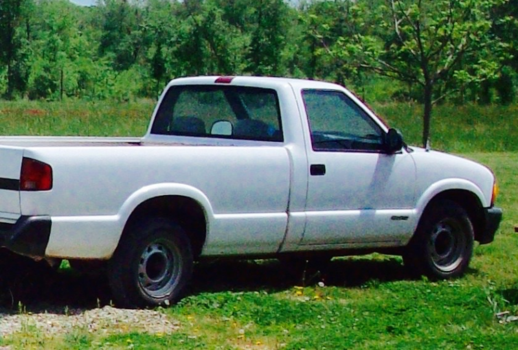 you buy me a

It’s time to buy a car again at the Morris household. Wrecks happen, and the little truck Scott kept hoping would be his again someday is on its way to the junkyard.

Scott and I have a system worked out when it comes to buying cars, though, so we know the drill. He’ll pick one out, and I’ll pay for it. Our routine can have hilarious results at car dealerships when we get down to the negotiation stage of the process. Up until this time, Scott has done all of the talking. Then when the salesman offers a price, Scott looks to me.

Of course, we’ve worked out those signs and signals that any couple who’s been married more than two weeks has between them, but to the salesman looking on, I appear to have all the power. So there he sits, knowing Scott wants the car he’s picked out, and realizing I am indifferent to the whole process.

Well, perhaps indifferent isn’t exactly the right word. Though I might recognize the need for another vehicle, deep down, I don’t want to buy it. Deep down I don’t want to buy any car. Deep down, I think cars are a necessary evil that conspire to consume the lion’s share of my disposable income. No car is fast enough, pretty enough, or big enough to catch my eye.

Soon after we got married, gas went to $4 a gallon. Scott commuted in the Saturn — the only car I’ve ever loved. And I had my pick of a Dodge conversion van, a Suburban, or a Buick Regal for the twice-daily trip to the county school. The Buick was the obvious choice, from an economic standpoint. But I think Scott still cringes when he remembers me driving it around town.

Of porta-potty truck collision fame, the Buick was a thing of beauty when viewed from the driver’s side, and a dented mangled mess when seen from the passenger’s. But it got better gas mileage than either of the other cars in the driveway. (When we finally gave it away, it had survived four collisions, none of them a Morris family driver’s fault, and all of them on the right side.)

But with the Morris fleet long depleted for one reason or another, off we’ll go to a car lot soon, looking for that Holy Grail of vehicles, the little truck Scott still hopes one day to call his own. Salesmen will glow inside, watching how desperately Scott wants the bait on their hooks. And then those glows will dim as I firmly hold my purse closed.

I figure it will take about one more week of Son No. 4 borrowing my car before I’m ready to sign the check.