It has been said that to get to hell, you have to go through Atlanta. I’ve never been — to hell that is, though many readers from my newspaper days wished me there — but after missing a connecting flight in ATL, I’ve spent my time in purgatory.

This occurred during a 30-plus-hour travel ordeal from Austin, Texas, to Huntsville, Alabama. Flooding in the Lone Star State fried the electronics at the airport control tower. By the time I landed in Atlanta at midnight, I had missed my connection.

The airline said all flights home for the next day were booked, but I could go to a hotel and return the next day to be put on standby.

It took two hours for the hotel van to show up. At 2:15 a.m., it dropped me off at the luxurious Econometh Motel. I shuffled off to the room — no luggage, clean underwear, toothbrush or deodorant.

The security chain had been ripped from the doorframe of my room, so I barricaded myself in by wedging a chair against the doorknob. Then, I put the clothes iron on the nightstand in case I needed a weapon.

When we finally got to the airport, the airline placed me on standby. Seven times. The gods of Delta were against me. Eventually, I began to shuffle from gate to gate, babbling incoherently to myself.

The frequent fliers were handling this place of torment much better than me. They snoozed, ate bad airport food or drank too much.

I watched at one gate as a drunk woman and an off-duty airline worker got into a verbal altercation. As the argument grew louder, the two women held up their smartphones and shot video of themselves yelling at each other. Eventually a gate agent threatened to call security and the women dispersed.

Desperately seeking serenity, I stumbled upon a group of nuns reading their Bibles. I sat among the good sisters and started reading the book of Jude on my cellphone. I considered asking the nuns if they could pray a poor lost soul out of airport purgatory.

I occupied this nether world for an entire day and most of the night. At 10 p.m. my name finally appeared on the electronic Book of Life, an overhead monitor listing passengers approved for boarding.

When I got home, I was almost giddy at the sight of my beautiful wife. I recounted the ordeal and waited for her kind expressions of sympathy.

“That will teach you to leave me,” she said. 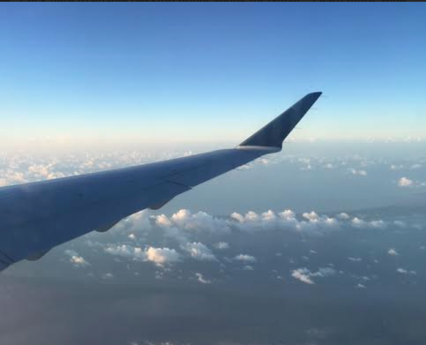 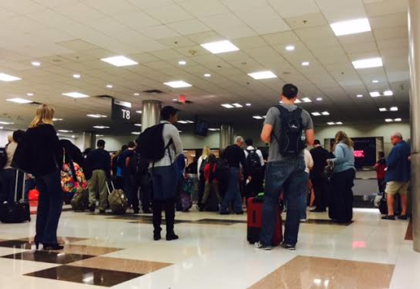