I can’t say that my life in Turkey was different from what I expected, because moving there with four small children defied any paradigm I had known.

I can say I was thrilled to learn that we could still get Girl Scout Cookies when the traditional sale dates rolled around.

As a small outpost of America in the months following the 9/11 attacks, we would welcome any part of home, especially one as delicious as cookies. After our initial disappointment when our pre-ordered cookies arrived—the outgoing battalion secretary had clearly loved shortbread and anything with peanut butter—we planned our sales strategy.

As volunteer mom of Troop 11, I dutifully talked the Juniors through selling techniques, but inside I almost gloated. “Sell them?” I thought with glee. Why hardly any selling would be required! The girls wouldn’t be peddling cookies; the girls would be leveraging a bite of home.

In March 2002 with cases and cases of cookies, the girls swung into action. At the first communitywide sales event, they sold 140 boxes—50 of them to one customer. At the NATO picnic, when the battalion commander (and volunteer Cookie Dad) prodded a soldier to buy cookies, she protested that “the girl at the gate already made me buy three boxes!”

Daughter No. 1 made me so proud.

But even the best salesgirls couldn’t move these mountains of cookies when demand plummeted with the April 12 announcement that Izmir had become a dependent restricted tour.

Several months later with our troop of Junior Girls down to two scouts, we still had hundreds of boxes leftover. A community service fund had long since absorbed the cost, but who would absorb the cookies?

They were now quasi government property and several rules applied to who could and couldn’t eat them. Eating the cookies ourselves would be borderline embezzlement (all the Thin Mints were gone anyway) and we were limited in suitable recipients for any donations.

Then someone thought of a way to dispose of them. I don’t remember who had the wonderful idea first—OK, OK, it was me. I realized that though there might be few remaining American airmen and soldiers in Izmir, there were plenty of Turkish ones. So we asked permission from the respective commanders to give our Girl Scout Cookies to the Turkish Askers.

We loaded the cookies into the back of a Jeep, took the children with us and spent an afternoon urging boxes on our NATO allies.

I don’t know which was more of a hit—the boxes of cookies or the chance for the soldiers to get their pictures taken with the children. In a day of lifetime memories, three stand out:

The Turkish soldier who took me at my (translated) word and scooped up six boxes. The British officer’s commendation—“well done!”—when he learned why we were stuffing a Jeep full of cookies. And the obvious good will flowing between two nations, all thanks to boxes of Girl Scout Cookies. 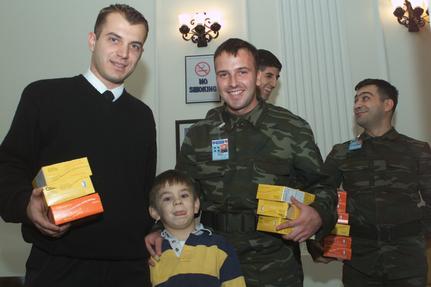 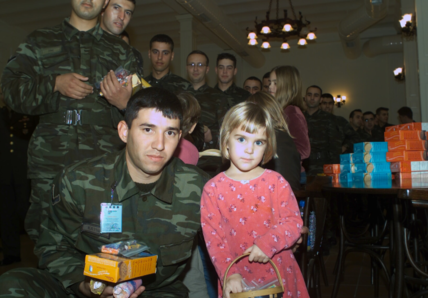