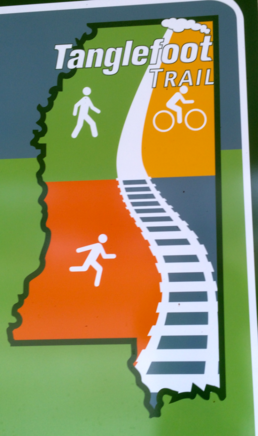 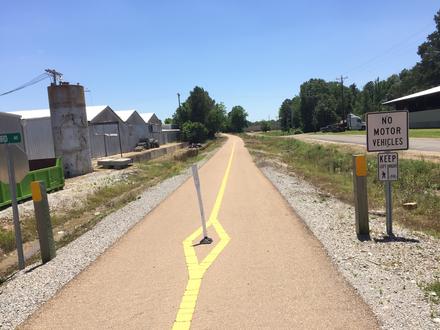 As I Lay Dying of a leg cramp, I cursed William Faulkner’s great-grandfather.

If Col. William Clark Falkner — who dropped the “u” from his name — had not developed a railroad through central Mississippi, I would not be lying in a tiny tent suffering leg cramps after cycling all day on a rails-to-trails.

The Tanglefoot Trail — from New Albany to Houston, Mississippi — is a paved bike path that follows the legendary colonel’s Gulf and Ship Island Railroad. My plan was to ride 120 miles over three days by combining the trail with the Natchez Trace Parkway.

After a grilled turkey and cheese sandwich with french-fried potatoes at Bankhead Bicycle Club in downtown New Albany, I set out on my journey through Faulkner’s South, loaded down with tent, sleeping bag, food and other gear.

The Tanglefoot Trail is easier to follow than a Faulkner narrative. Like almost all rails-to-trails, it is mostly flat and straight, which is good when you and your rig are pushing 275 pounds. (I won’t break down the weight by rider, bike and cargo.)

The 44-mile narrow ribbon of smooth asphalt carries riders over scenic creeks, through a thick canopy of trees, past open farmland and the occasional kudzu jungle. Riding an abandoned railroad line into the towns of New Albany, Ecru, Pontotoc, Algoma, New Houlka and Houston is probably not much different than it was in past centuries. The bike glides between the backyards of humble cottages, warehouses and factories.

On the first day, I pedaled south to New Houlka, and then traveled four miles of rough pavement on a county road to Davis Lake Recreation Area in Tombigbee National Forest. The modern campground beside the lake was nice, so I decided to make it my base camp for two nights.

With the first 40 miles out of the way, I woke up the next morning with plans to ride a loop on my second day, incorporating the Natchez Trace, the southern leg of the Tanglefoot Trail and back to Davis Lake.

The Trace is hilly in this region, and proved a challenge with the extra weight of a touring bike. But I eventually rode into Houston and had lunch before getting back on the Tanglefoot and returning to the campground.

My wakeup call on the third morning came from songbirds, Canada geese and woodpeckers. Soon, I was packed up and back on the bike for the final leg back to New Albany.

The folks in the Magnolia State have done a fine job with the paved bicycle trail with well-maintained restrooms and water fountains. It gives the feeling of wild country while being never more than a few miles from civilization.

Mississippi is a state full of ghosts, both good and bad. As the towns and villages go past, you know Faulkner was right. “The past is never dead. It’s not even past.” 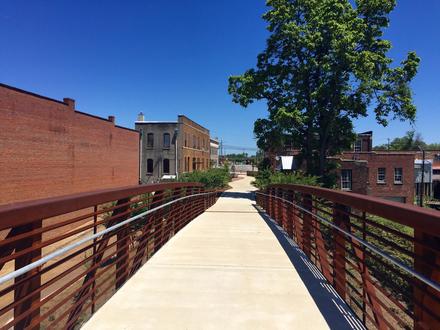 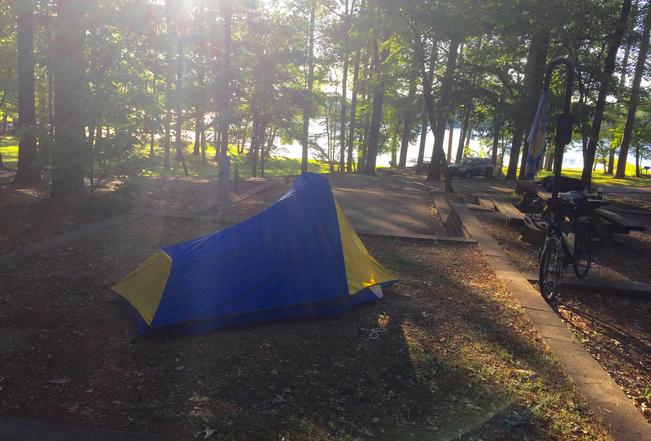 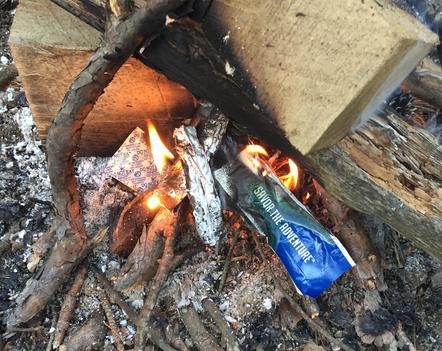 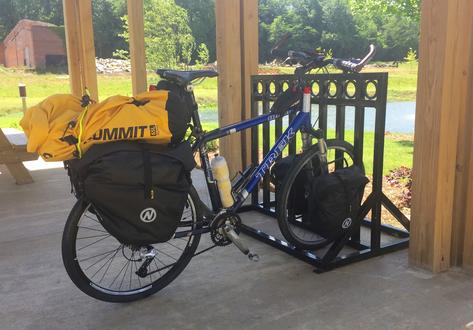