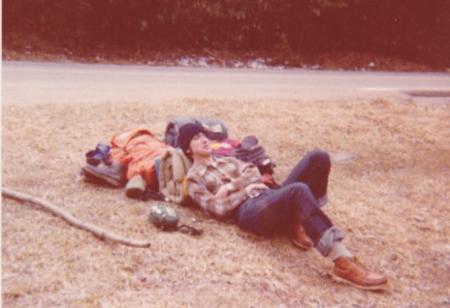 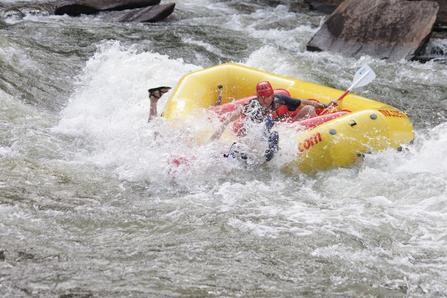 When I threatened recently to blog about the people I have tried to kill, Jeff said to devote about a half dozen chapters to him.

“You can divide them into hiking, mountain biking, road cycling and miscellaneous,” he said.

I like a good adventure. And by adventure, I mean getting myself and whoever has the misfortune of being with me into a fix that requires some monumental effort to survive. Friends — well, mostly former friends — have sworn that if they ever get back home, they will never go anywhere with me again. Ever!

They claim I always underestimate minor challenges, like the distance, number of hills, population of snakes and insects, and other factors. These attacks on my good name and character are unwarranted, and honestly, quite shocking.

Any explorer knows that to be in the right place at the right time to experience something really special, you have to be willing to suffer.

That could mean slogging through snow on the Appalachian Trail to earn the reward of shivering in a drafty hiking shelter. It might mean shedding bucket loads of perspiration while riding a bicycle 100 kilometers on a 102-degree day in August. It could involve portaging a kayak around a logjam on the narrow section of some obscure creek.

Apparently, I come by this adventure disorder as a result of both genetics and exposure to extreme environmental factors at an early age. My dad began taking me into the outdoors about as soon as I learned to walk. One of my earliest memories is of being put into a johnboat that contained a tub of hot coals to keep the occupants from freezing to death.

I remember watching icicles form on my fishing rod and hearing frozen mud crunch beneath my hunting boots.

I recall slipping off a snow-covered pier and going under the frigid water on a fishing trip. As Dad showed his concern by laughing his head off, I climbed out of the water, went back to the truck, stripped off my wet clothes, put on a snowmobile suit and went fishing. It seemed like the normal reaction to a temporary setback.

Unfortunately, many of my fair-weather friends did not have a proper upbringing. With their misplaced priorities, they put comfort and safety ahead of adventure.

One welcome exception is a hardy soul named Wayne. It’s hard to know if Wayne loves adventure as much as me, or if he is just slow to learn.

We ride our bicycles up steep hills better suited for younger and lighter riders. We hike through Sipsey Wilderness without using the marked trails. We kayak between the snow-covered banks of creeks. And through the suffering, we see many spectacular sights not available to the average couch potato.

On our most recent paddling adventure, Wayne, Vaughn and I watched as six deer swam across Cypress Creek in front of us. We spotted an owl in a tree above us. We saw a muskrat, great blue herons, mallards and kingfishers. We watched turtles sunbathing on logs just days after we had celebrated Christmas.

We got a little wet and a little cold, but we were in the right place at the right time to experience something special.

And, Jeff, nobody died.