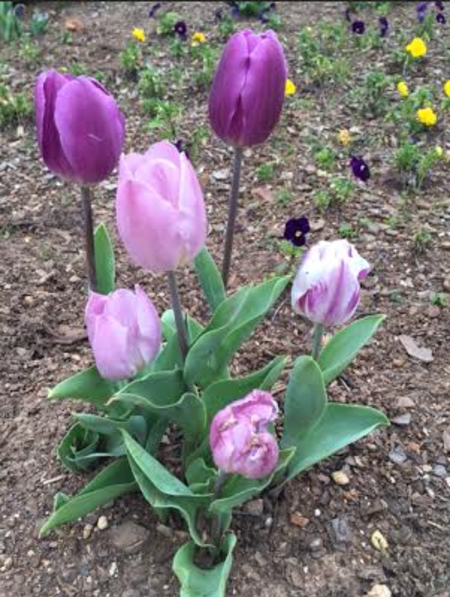 I guess all couples have baggage they pick up and carry through years of marriage. Putting it down is the hard part.

When Daughter No. 1 was accepted to the Alabama School of Math and Science in Mobile, Scott stood staring at the back of the Suburban, while I studied the school’s suggested packing list. As well as sundries like towels and a graphing calculator, it recommended she bring an extra-long twin mattress.

We already had a regular-size twin mattress to spare. And since the mattress from home had to sit on top of the dorm-issued one, we decided the missing six inches wouldn’t matter — we, as in Daughter No. 1 and I. Scott didn’t think a mattress needed to go to with her to boarding school at all.

His argument boiled down to one point: there wasn’t room in the truck for anything else. “Sure, there is,” I said, “if we unpack everything and start over.”

So off we went to Mobile, minus any mattress.

At move-in, even Scott saw the advantage of a supplemental mattress, had we brought it. But by that time we were waiting on a tow truck for the Suburban and wondering how we were going to get Children Nos. 5 and 6 home for school the next morning.

Eighteen hours later, Children 5 and 6 promptly at school, Scott returned to Mobile to wait on the Suburban and buy a mattress. (We still had one to spare, but it wouldn’t fit in the rental car.) “Just get a standard size twin,” I said.

That he did. But distracted by car troubles, inattentive to my earlier instructions, or swayed by a sales pitch, he bought a mattress AND a box spring.

Then he picked up the repaired Suburban, deposited the mattress at the school and hauled the box spring home.

We kept hauling that box spring through our next three moves. He’d bought it and I was going to keep it. Meanwhile, I got even more twin bed mattresses as situations required — but none of them needed a box spring.

However, with each move, or whenever Scott needed room in the storage shed, he suggested kicking the box spring to the curb. But I refused to let it go. One day Daughter No. 1 would need it for a twin bed, I said.

Instead, Daughter No. 1 opted to take her double bed from home when she moved with AmeriCorps. A final resting place for the returning mattress and its faithful box spring wasn’t available for several months longer. But recently the glorious day came.

I stood in anticipation as Scott carried the set around the house from the basement. I waited for the satisfying thud as he dropped the box spring onto the waiting slats.

Instead I heard a disheartening scrape, as it hit the foot of the bed and stopped. No matter how we angled or wiggled or pushed, the box wouldn’t fit. So I got the tape measure to confirm that although Scott had bought a standard size mattress, with it had come an extra-long box spring.

Then while I stood wondering how much other useless baggage I’m still carrying, Scott’s seven-year dream came true as he took the box spring to the street. At least one of us knows how to let things go. 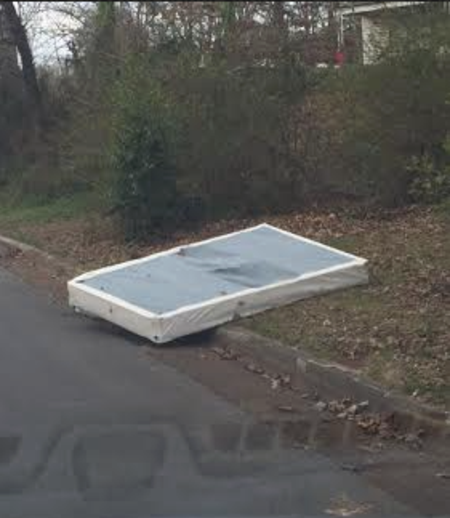