It’s that time of the semester again. The time when students I could swear I’ve never seen before in my life start coming to class. If only class were all they came to — they also follow me back to my office.  Like mini-Rip Van Winkles, they have emerged from a three months’ sleep to realize a grade won’t earn itself.

It’s not that long since I was a student myself, which produces a lot of empathy for students in the classroom, but very little sympathy for them from across my desk.

My personal biases keep coming through, courtesy of life experiences.

When I started my Ph. D, I had children numbers 2 through 6 intermittently living at home. None of them had a driver’s license.

On campus three days a week from 8 a.m. to 9 p.m., I earned my tuition working in the university writing center and classrooms. My 148-mile commute each way caused my actual day to start and end almost three hours outside those times.

I battled sleep most mornings as I listened to assigned readings on CDs. Once nodding off to a dull novel, I pulled into an exit just across the Tennessee line for caffeine. The Booby Bungalow diner is a little shabby in the dawn’s early light, but it sells cold drinks, and I woke up.

I battled sleep each night as I crossed the river bridge 20 miles from home, so I started staying in a cheap motel near campus. Gas was $4.50 a gallon anyway, making the room cost the same as the drive. After I lost my car antenna to neighboring drug users and overheard a woman successfully solicit a john outside my window, the voice of God told me to find somewhere else to stay.

My second year I slept in the guest room of a colleague and his wife — their two cats moved to spend the night in the bathroom. Not wanting to wake my hosts and not knowing if the cats were allowed out, I shared my morning routine with them. Most days, the cats  joined me in the shower stall.

Thanks to my allergies, I couldn’t frequent the college food court for any significant caloric intake. If I left campus, I couldn’t find a parking space on my return. So the first day of each week, I ordered a take-out steak dinner and made it last four meals. (Green beans with breakfast are an acquired taste.)

On my days back home, I studied in snatches and chunks: when someone else drove anywhere I had to go, waiting for Scott to come out of anesthesia after his latest eye surgery, while everyone in the world but me was watching Alabama football, and at least once during prayer requests at church.

We moved twice during my degree program — the first time 65 miles for Scott’s new job, and the second across town. Kids learned to drive and moved away. I hand-pieced a queen-size quilt. My heart broke and mended several times over. But I never missed a single class. And every professor knew my name. 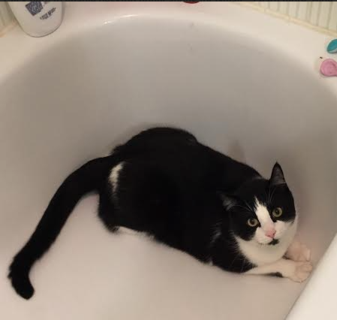 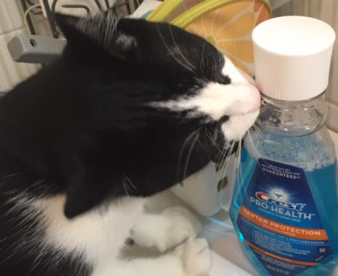