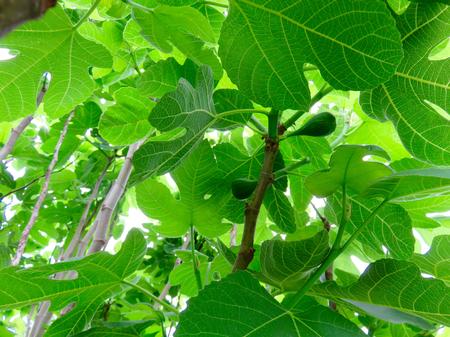 Years ago near the time my second child was born, I made friends with a spider and fell in love with a fig tree. Intermittently, I ventured to Fort Bragg to watch a company of the 82nd Airborne Division jump from perfectly good airplanes. But mainly I sat in a backyard with a 2-year-old.

The toddler liked to jump over his Lab puppy as she gnawed on a stick. Or she helped him dig trenches in the sandy soil of North Carolina. Sometimes they ran along the fence and barked in tandem at neighborhood children walking from the bus.

Day followed lonely day, and barking with the dog wasn’t an option for me. But people fight their emptiness in variation. I looked at the fig tree. Well, the fig trees. There were two of them at first.

The leaves had just begun sprouting that spring, about the same time I had begun showing, and the trees had become my harbingers of blessings and peace. They were biblical trees after all.

But puppies teethe like human babies, and in a single afternoon, the Lab stripped the stronger bush of all its bark.

The other, originally the more anemic of the two, remained. But like a mother with multiple children who turns all her attention to the one with special needs, I mourned the disfigured tree.

I knew it was just a tree someone else had planted outside a house I would soon leave. But to me it had been a divine message. I was doing what God asked of me, and one day He would send his approval in the form of fruit on that tree.

Now each time I looked, I saw no figs would grow. One day, sick at the sight of the tree, I mowed over its remaining branches, hacking it off at the ground.

In due time, the baby came and a spider replaced my fig-tree companion. Wandering through the house after midnight feedings, I routinely paused to watch it build a web across a picture window. The spider was busy about its God-ordained tasks. I would be busy about mine.

When spring returned, the baby began to sleep through the night, ending my meetings with the spider. The boy and his dog went back outside, and one day I decided to join them. Three steps out the back door, I stopped to stare. The remaining fig tree was just as anemic as always, but the one I had cut off at the ground had come back twice as big. And the buds of future figs were already forming on its branches.

An accidental gardener, I had pruned the tree to perfection.

Fort Bragg hasn’t been the last time I felt like God was running over my heart with lawn mower blades. Many times I’ve thought all that was left of my faith was a stub root protruding from sandy soil. But somehow it always comes back. I’m waiting for figs again this Eastertide. Maybe you are, too. Here’s hoping for a short growing season. 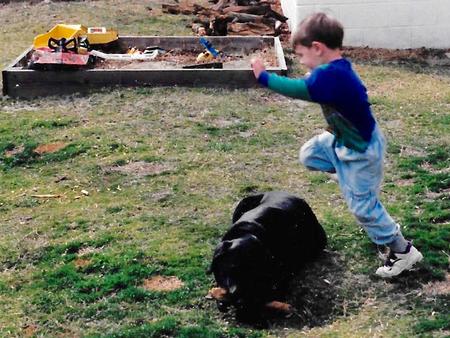