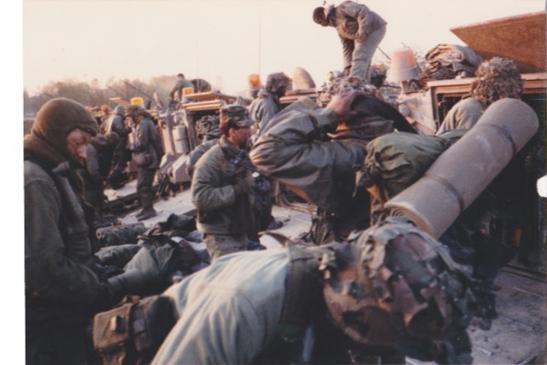 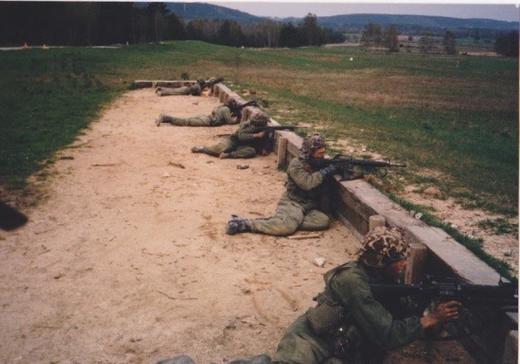 From 1988-91, I taught college English in Baumholder, Germany, to almost 400 soldiers, including the memorable Sgt. Bernesky.

In these classes I saw greater improvement in student writing than I ever witnessed at the major universities of my graduate school days. Sometimes when I want to bang my head against the wall at my apparent ineffectiveness in the classroom, I remember those 400 soldiers and what they taught me.

Soldiers take college classes for several reasons, but the primary one is promotion points. In the 1980s, the first three enlisted ranks of the U. S. Army earned monthly pay that was below the poverty level. When living overseas, they were not eligible for government assistance like food stamps or WIC. Promotion was the only way for them to improve economically and to gain some agency over their futures.

Coupled with this motivation, these soldiers had an amazing capacity for hard work. They came to class after a day that started at 5 a.m. with a five-mile run. They sometimes returned to duty after the three-hour class ended at 9 p.m. They were rarely absent. They submitted even the most mundane assignments.  And though ill-prepared at best, they made progress, more so than any of my students at University of Kansas and University of Alabama.

But even in ranks of model students, one man stands out as exemplary: Sgt. Bernesky, an infantry company platoon sergeant.

But ultimately the most memorable aspect of Sgt. Bernesky was that he wanted to become a better writer. Well beyond the first three enlisted ranks of a U.S. soldier, he did not just want to pass the class to gain promotion points. Once the fall-guy for the mistakes found in a second lieutenant’s ill-written report, he wanted to become beyond reproach in his literacy skills.

However, Sgt. Bernesky could not become a better writer without an instructor. He needed someone to give feedback and steer him in effective choices. I realized the optimal writing class required an engaged instructor and an engaged student. Significant improvement in a student’s skill level required both student and instructor to share the same goal.

Coming from a print-rich environment and a family that emphasized correct language use, I was challenged in my early days of teaching to find a way to help students in areas I had easily excelled. What I found was that most students did not care enough about becoming better writers to significantly improve their writing in a semester or two of work despite what I did in the classroom.

However, 400 soldiers taught me that hard work and a strong incentive for success on the student’s part result in better writing. Sgt. Bernesky taught me that a sincere desire to write well can result in a metamorphosis. When I remember Sgt. Bernesky, I remember a man who altered his identity by learning to write, and who inspires me to keep teaching when I think I’ve failed the nontraditional students I encounter.