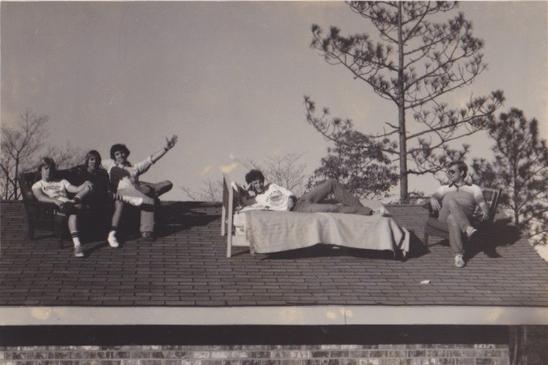 ​Read the Great Beetle invasion of 1980.

​Furniture on the roof

If life at the University of Mobile had been a musical play, we could have called it “Furniture on the Roof.”

We freshmen knew nothing of this tradition until we arrived back at the campus apartments one day and saw our belongings atop the shingles. Several upperclassmen were sitting in our sofa and chair. One was relaxing in bed. When they spotted us, they jumped off the roof and scattered like imps, leaving us to retrieve our furniture.

This was our initiation into the world of college pranks, which could be quite creative. Here are some examples:

One of our classmates registered Lilly Putian, of Swift, Alabama, for classes. Lilly’s name and hometown appeared in the student directory along with a blank rectangle that said “photo not available.” If the registrar’s office had employed experts in British literature, they might have recognized the reference to “Gulliver’s Travels.”

A group of classmates who shall remain anonymous stole most of the sliding closet doors from the men’s dorm rooms and turned them into bookshelves for their own room, with tennis ball cans and concrete blocks as supports.

Pranksters decided to teach a lesson to a young hotrod who always left black marks in the parking lot with his muscle car. One night, the students greased his rear tires with Vaseline. The muscle car’s next burnout was quite impressive, and nearly took out a Dumpster.

Other students got fed up with a fellow who thought a little too highly of his new car. He straddled two parking spaces so no one could park close to him. The students started parking their vehicles so close on each side that the proud new-car owner couldn’t open his doors.

A presumptuous professor who thought he owned a particular parking spot arrived for class one morning to find a Dumpster had beat him to it. A sign attached to the garbage bin said “RESERVED FOR DR. POWLEY.”

One group of young men somehow came into possession of a naked female mannequin and got great joy by riding around the streets of Mobile flashing people. There was plenty of gawking and several near misses when drivers did doubletakes to check out the plastic flesh queen.

And then there was the dude who “borrowed” a campus police car, parked it in the college president’s spot, turned on the lights and siren, and locked the keys inside.

No one was immune from the long reach of these pranksters. Even I was a victim one night when someone sneaked into my room while I was asleep and dumped a bucket of ice water on my head. Why someone would do such a cruel thing to an innocent person, I do not know. I never did anything to anyone else to deserve such treatment.

But that’s OK. Retribution never even crossed my mind. That’s why I never sought revenge for ice water on the head or furniture on the roof. Like the fiddler on the roof, I accepted it as tradition.​​ 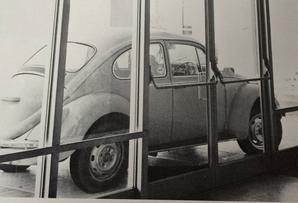